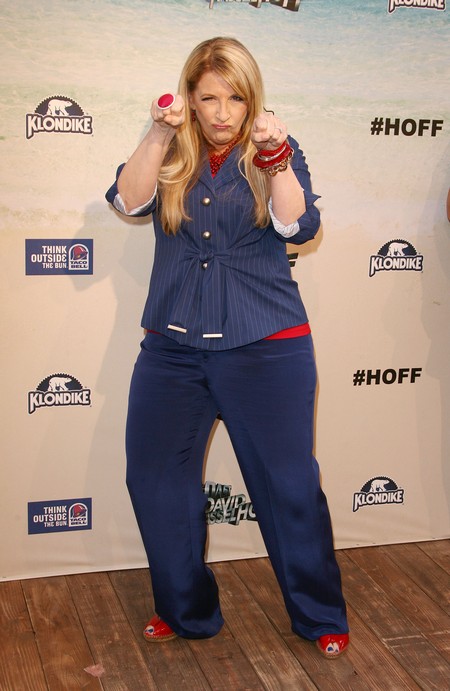 Celebrity Apprentice has had no lack of controversy recently but loud-mouthed comic, Lisa Lampanelli, with her racist attack on fellow contestant Dayana Mendoza, has pushed the proverbial envelope way too far.

Dayana is firing back at the comic in claims that Lisa insulted the “entire Hispanic culture”.  I personally thought it was pretty bad when Lisa said to Dayana:   “I’ll cry for you Argentina because you are going to lose this task, you have no friggin’ ideas in your head”.

But now I hear that Lisa appeared on Sirius XM and said:  “I actually would love to see [Dayana] giving birth.  She’s a sp*c!  She’s going to do it f**king soon, anyway.  She’ll be knocked up before the end of the week.”

OMG! There are no limits to Lisa’s insults and racial slurs.  I don’t care if she is a comedian, this is not funny, it’s bullying and racism, plain and simple.

Dayana is obviously upset at Lisa’s insults and is speaking up, here is what she told the Huffington Post:  “I understand that it’s Lisa’s job to make fun of people for a living. If poking fun at me can help her sell tickets to her shows, no problem, I am happy to help her put food on her table. However, when she uses racial slurs, she is not only targeting myself but degrading an entire Hispanic culture.”

Donald trump needs to fire Lisa Lampanelli, not only for her insults towards Dayana and the entire Hispanic community, but also for her bullying the disabled when she attacked Lou Ferrigno and when she called America stupid.

Lisa has a foul potty mouth that proves she is a disgusting human being and I personally would be happy if she crawled back under her rock. All this hate spewing out of her mouth against her fellow contestants – how can you spell jealous? LISA LAMPANELLI.

Has this chick taken a good look at her fat ugly butt in the mirror, a comedian could have a heyday making jokes about her! Sadly, people keep buying tickets to her dumb shows that aren’t even half as funny as other comedians and her vocabulary doesn’t appear to extend beyond racial slurs.

When it comes to Lisa Lampanelli, I want to exercise my right…my right to not to have to listen to her!