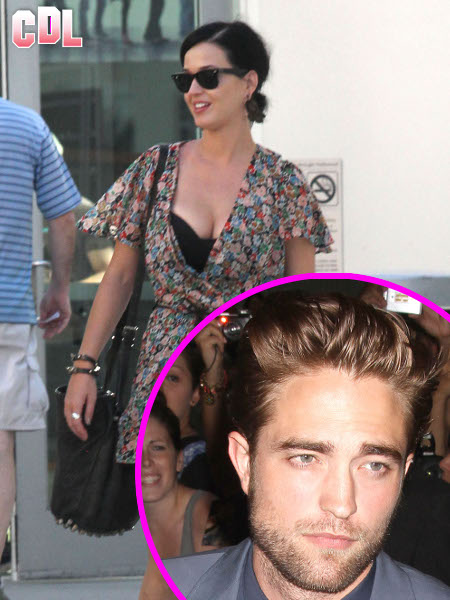 Robert Pattinson and Katy Perry have both been dumped recently, so what better way to celebrate than by going out on a dinner date? There’s nothing like the coming together of two sad souls, and maybe this relationship could actually become something real — something more than a hook up.

Recently, the singer and Robert met up at the SoHo house in LA for a little rendezvous. Katy Perry was there for Rob when Kristen Stewart called a time out on their relationship by having an affair with Rupert Sanders, and now it seems that Rob is there for Katy in her time of need after douchebag John Mayer unexpectedly pulled the plug on their romance. So, were there fireworks? Or was this just a dinner date between two friends — where all the fireworks stayed unlit and inside pockets?

Well, the rumors have already started circulating, and it appears that Robert Pattinson and Katy Perry dating is something that many would like to see. But how about you? What about all the Twihards out there who are still clinging to the notion that Robert Pattinson and Kristen Stewart — those eternal vampire loves — will reunite once again? Stop clinging to those dreams, folks. I hate to say it, but the K-Stew and R-Pattz situation has fizzled, sizzled, and is on its way to being done, done, done. Let’s all move on.

Leave us your comments below and let us know your thoughts on Rob and Katy’s dinner-date romance. You be the judge . . . . This couple: Hot or not?