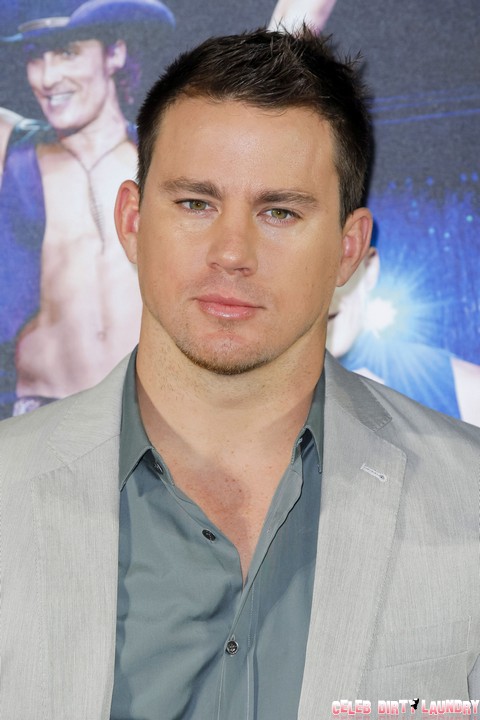 Well, this looks like a belated Christmas present to bajillions of women worldwide!  Finally, a photo of Channing Tatum completely naked has surfaced! I mean let’s be realistic here, it was only a matter of time before it happened. Channing makes no apologies for his stripper past and so at the very least, some woman smack in the middle of nowhere was eventually going to dig something up that she shot of him years ago. I fully expected a grainy, is it or isn’t it photo to hit the internet around the time that the fabulous Magic Mike movie was landing in theaters. That didn’t happen, but today the photo gods smiled on CDL.

Finally a shot of Channing that is probably better than most women could have dreamed of. No question about it, that’s the Sexiest Man of the Year according to People Magazine – and his wife, Jenna Dewan Tatum. Probably to most of our readers as well.

How do you think the star will react to this photo being leaked? He obviously has never had a real issue with nudity and he is in phenomenal shape so there’s no way anyone will look at this shot and think he is less than an Adonis. But what about the fact that Jenna is now pregnant and the couple is embarking on a totally different phase of their lives?  As a man, Channing hasn’t been self-conscious, but as a father-to-be, will he react differently and start to carry himself differently?

Tell us your thoughts on Channings’ photo, is he the hottest guy alive in your eyes? What will his reaction be when he realizes everyone really has now seen him in the buff? Let us know, and in the meantime, enjoy the photo while it lasts!