Chris Brown Says Rihanna Is Making An Ugly Spectacle Of Herself 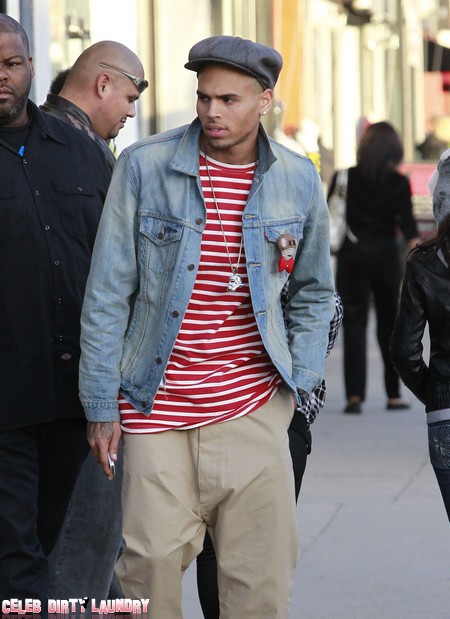 Rihanna has overstepped the limit with Chris Brown and he is speaking up and saying that he is well and truly sick of her.  Finally and about time – Rihanna has gone too far with her vicious tweeting about Chris Brown and his girlfriend Karrueche Tran. He basically manned up and sent her a cease and desist tweet (and I’m putting it POLITELY). He is sick of it and if he was trying to make a point of who was the most irrational then I think he made the point.

On a side note, when he and Rihanna had their fight where she had a black eye did anyone check him for bruises, (just a thought, I’m just saying).  Honestly with the way she is carrying on I think she gives as much as she gets.  Chica sit down for two seconds.  You’re over there with Aston Kutcher, (causing Demi Moore more stress) and crying and causing trouble with Chris and his girlfriend.

SEE: Rihanna Does Ashton Kutcher And Demi Moore Has A Meltdown

Don’t you have a movie that you’re in coming out soon? Bad press on an actor will lower ticket sales – either that or your part will just end up on the cutting floor – It’s been done, trust me.  Pull yourself together because it’s not looking so good.

Chris Brown on the other hand just paid $200,000 on a brand new Porsche for his girlfriend Tran. Let me tell you something, that girl has been through the ringer with this relationship.  She deserves a UFC fighter’s belt, no lie.  Quite frankly I’m surprised she is still around because anyone else would have left with the quick, too much drama and too much work!  Who needs that?

Chris your career is doing well, you have a nice (?) lady just keep your head up and stay away from the foolishness and nonsense. WHEW!