Christian Bale Wanted To Kill One Of His Fans With A Screwdriver, Says Ex-Assistant 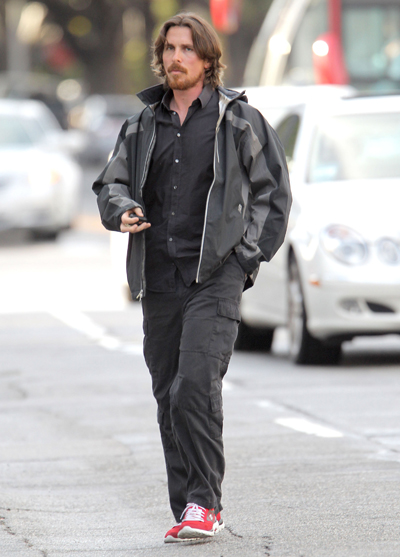 Christian Bale‘s anger issues are already well-documented (See his pissed-off rant recorded on the Terminator set,) but now, his former assistant is telling all about the The Dark Knight Rises star in a new book and some of the details may shock you!

According to the Huffington Post, Harrison Cheung worked as an unpaid assistant to the 38-year-old actor and writes in Christian Bale: The Inside Story of the Darkest Batman that it “took me five years of therapy to get past my Bale years.”

One of the most disturbing tid-bits about the super-private star? When a fan letter arrived at his house, Christian sent Harrison a note that the fan should be “eliminated.”

“Better to be safe than sorry,” he supposedly wrote. “A screwdriver thrust thru the eyeball into the brain prevents any screaming. Let me know how it goes.”

Christian also supposedly would make young girls weep when they would try to approach him in public to ask for an autograph by lecturing them “about being rude and intrusive until tears streamed down their faces, and their parents tugged them away from our table.”

Other details in the book include the fact that Christian constantly competes with Leonardo DiCaprio for movie roles as well as the report that he did not attend his Batman co-star Heath Ledger‘s funeral, despite his very public remembrance of him at the recent MTV Movie Awards. Read More: ‘The Dark Knight’ Star Christian Bale Weeps At The Memory Of Heath Ledger