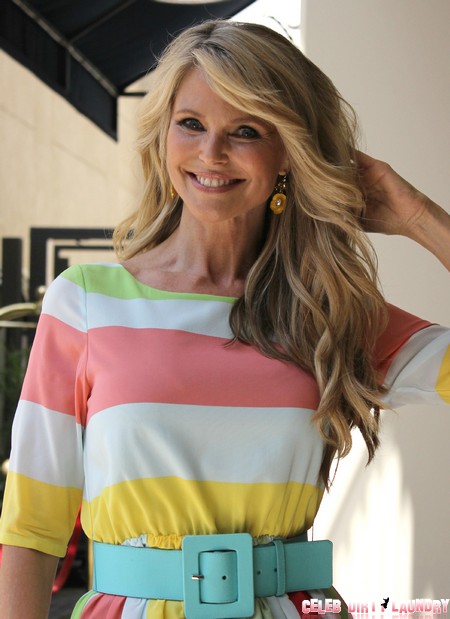 Christie Brinkley was once Billy Joel’s Uptown Girl, but surprisingly, her body has never experienced a trip downtown. She claims it is due to her active lifestyle and vegetarian diet, but Dr. Anthony Youn, a plastic surgery expert, says “nu-uh!” Dr. Youn, who has never worked on Brinkley by the way, believes the 58-year-old former super model must have had plastic surgery to keep her body and face looking the way it does.

“It appears that Christie is a cover girl for plastic surgery. She still looks almost as young as she did in the 80’s,” said the board certified plastic surgeon. “Her skin is flawless, possibly due to a combination of laser treatments and chemical peels. Her forehead is impossibly smooth. I also suspect that her upper eyelids have been lifted surgically. Overall she still looks like a young Uptown Girl!”

Christie’s secret might lie in plastic surgery, but we highly doubt it! Vegetarianism/Veganism has been scientifically proven to improve the overall health of a person. If Christie is a plastic surgery fiend, she is in good company, because the entire Hollywood cuts their faces and bodies to look eternally youthful. A nip-tuck here, a nip-tuck there, everywhere a nip-tuck only hurt Michael Jackson but as long as Christie doesn’t go into overdrive, she won’t turn into that cat-eyed lady from hell.

Christie gained worldwide fame in the late 70’s with three consecutive Sports Illustrated Swimwear editions, her 25 year stint as the face of CoverGirl Cosmetics (America’s Next Top Model go-to word when booting models off the show) and her heavily publicized marriage to singer Billy Joel.

Radaronline recently reported that Christie’s has never addressed the reports of plastic surgery, but “puts her sensational figure and eternal youth down to a vegetarian diet and working out.” But let’s be serious for a minute – if diet ALONE could make a typical person look so healthy and fantastic who would touch meat? Do you think she’s been slicing her face up? Let us know in the comments below.