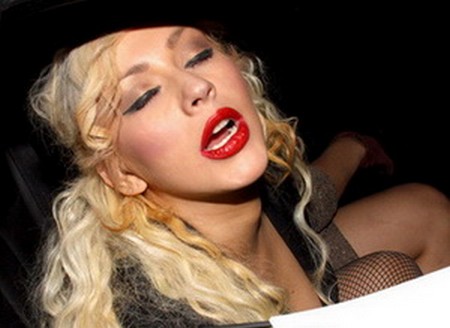 Christina Aguilera gets trashed in the press all the time – for good reason – and this morning another grenade has been publicly thrown at her.  Christina’s uncle, Johann Aguilera has told Star magazine via RadarOnline that Aguilera is snubbing her dying grandparents.

We’ve known about her long-standing estrangement from her father, but now it has come to light that she has virtually no contact with his parents either.  According to Johann, her gravely ill paternal grandparents desperately want to see the often troubled singer before they die.

“Christina’s grandfather is 86 and her grandmother is 82. They have health issues, I don’t know how much longer they’re going to last. Time is running out.  I know how much joy it would give my parents if she came back into our lives again, it would mean the world to them if they could see Christina before they die.”

Well, for once it’s not a story about Christina partying, gaining weight or feuding with Adam Levine on The Voice.  I guess it’s not too shocking too hear that Christina has no contact with her father’s parents.  It would probably be hard to maintain a relationship with them when estranged from their son.

Do you think she should crack and mend fences or at least pay them a visit before they pass on?   Do you think maybe there is a bigger issue at the root of this estrangement and maybe the grandparents were as bad as her father was said to be?  In any case, as we reported recently on CDL, Christina is lousy mother and a many call her a bitch.

Let us know what you think of Christina’s estrangement from her grandparents in the comments below!