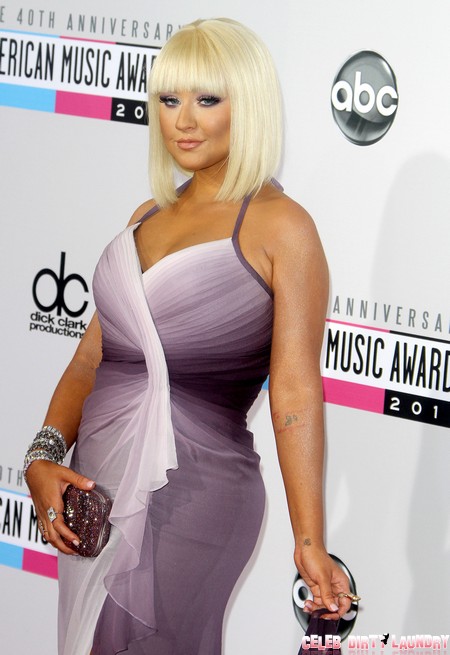 Christina Aguilera is curvaceous and striking, and as we all know in the land of women, real women do have curves. The Voice judge has always been proud of her shapely beauty, but according to Star magazine, these curves could have been paid for. The magazine alleges that Aguilera received butt-implants before her appearance at the American Music Awards on the 18th of November.

Dr. Garo Kassabian, a plastic surgeon and part-time tabloid source, told the magazine, “It could be likely that she has had liposculpture to the waist and fat injection to the buttocks. This would create a more shapely rear and a thinner waist for a sexier silhouette.” However, these alleged butt-implants might also be phony, because according to other sources for the magazine, “[Aguilera] could have also been sporting foam or silicone ‘butt pads’ under her dress.”

These allegations came after Aguilera “wore a form-fitting Pamella Roland gown that showed off a new, bizarrely perked bubble butt a la Kim Kardashian” at the much-hyped American Music Awards earlier this month. So, either Aguilera snipped and ripped her butt with the assistance of a plastic surgeon, or she cut up those 80’s floral jackets and slapped some shoulder pads on her derriere. Either or, the new look doesn’t suit Aguilera at all. Instead of appearing curvaceous and beautiful, the singer looks like she’s hiding a tiny man-child (or possibly Justin Bieber) in her behind.

According to so-called gossip myth busters, there is no truth behind (excuse the pun) any of these allegations, and that the singer, in fact, appeared at the AMA’s as natural as humanly possible. Say what you want, myth busters, there’s nothing normal about carrying Justin Bieber in your back pocket.

Real women do have curves, but only if they’re not paid for.

What do you think? Do you think Aguilera hid a small man-child in her butt? Do you think she looks beautiful? Let us know your thoughts in the comments below.

What is wrong with this woman?