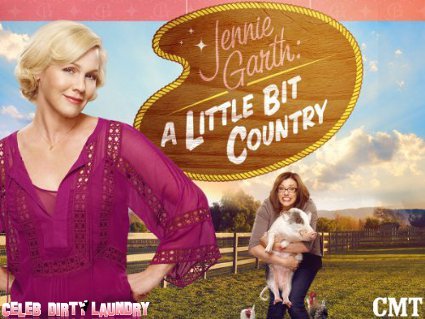 Jennie Garth, well-known actress and director, stars in a relatively new reality TV series on CMT titled Jennie Garth: A Little Bit Country and — as it seems to be so with many actresses who are in the reality TV limelight — she’s found herself facing the rough waters of romance.

In tonight’s fourth episode, titled “Love Retreat,” Jennie, alongside her gal pals Corrine and Adele (nope, not that Adele), decides to take a road trip to Big Sur, CA. The journey proves to be a powerful and emotional adventure. We got a chance to review the first several minutes of the episode, and it’s definitely one you don’t want to miss!

Is Jennie ready to face the cold hard truths regarding her love life?

The trio find themselves attending an Oceanside Love Retreat, where they contemplate the meaning of love and discuss emotional trauma.

In the beginning of the episode (regarding the spontaneous road trip decision), Jennie admits that she’s not quite sure what to expect, but understands that “Anything will help [her situation] right now.”

They eventually end up discussing their problems/situations with “Love Guru” Daphne Rose Kingma, who throws out a tough question for Jennie to consider: Is there love after love . . . how are  you feeling?

Jennie says that she feels as if she’s “in transition, right int he crossroads of love,” and she’s just trying to climb back out of the hole. We understand this is a situation that more than likely won’t be fully resolved over the course of the episode, but it definitely looks as if our pal Jennie is getting a better grasp on her love life.

To see how Jennie’s emotional journey, one of love and uncertainty, pans out, make sure to watch tonight’s episode, which airs at 9PM ET/PT on CMT.