Confirmed It’s Over! Ben Flajnik and Courtney Robertson Break Up 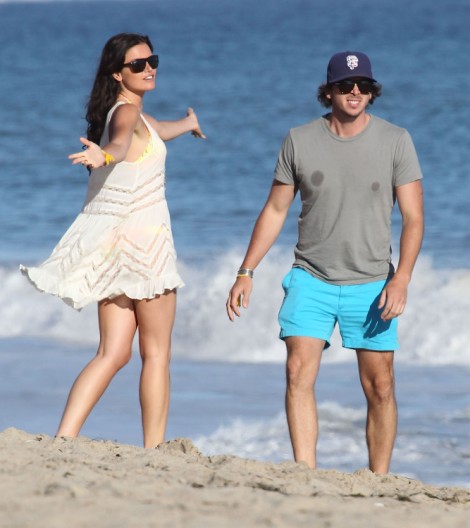 Another one bites the dust for The Bachelor. It’s over for Ben Flajnik and Courtney Robertson. After nine months together, the couple released a joint statement to In Touch magazine saying they’ve finally decided to call it quits.

“After meeting over a year ago, we have decided to end our romantic relationship. The ups and downs weighed heavily on us both and ultimately we started to grow apart because of the distance, time apart, and our need to focus on our respective careers. We have nothing but the utmost respect for each other, and both feel this is the right decision. We continue to remain friends and will support each other in future endeavors. Thanks to everyone for your love and support, it’s been quite a ride.”

This news comes as a surprise to many who thought the couple would be getting married any day now. They’ve recently hinted at marriage venues on twitter and their laid back, under the radar relationship convinced a lot of naysayers that they were the real deal. They even turned down to be a part of Bachelor Pad 3. Unfortunately it just wasn’t meant to be. Could Courtney’s words have come back to haunt her?

After getting engaged, Courtney told Us magazine she and Ben weren’t in any hurry to walk down the aisle. “We think after a year of being together we will be able to see where we want to go.”

It’s been a year and clearly they saw they didn’t want to go forward together. Are you gullible enough to be surprised by the Ben Flajnik and Courtney Robertson break up? Which Bachelor/Bachelorette couple do you think is next on the chopping block? Emily Maynard and Jeff Holm are currently in the middle of a polygamy scandal so my money’s on them. Any other takers? Is it pointless to root for these couples anymore?