Courtney Robertson Reveals Why She And Ben Flajnik Broke Up 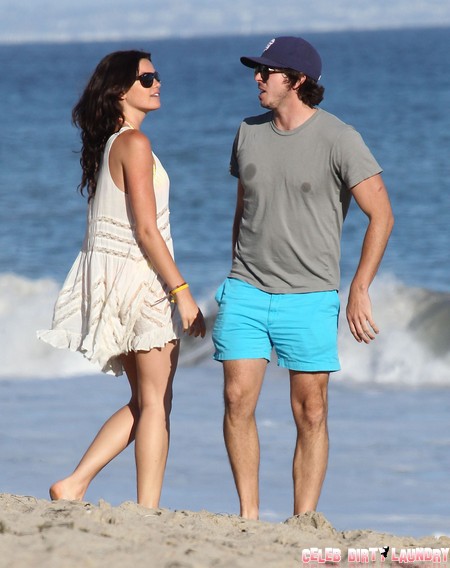 How real are shows like The Bachelor and The Bachelorette?  You find your soul mate within a couple of days, maybe weeks while getting to know several other possible suitors at the same time?  I’m not buying it.  Well, your 16th season of The Bachelor proved to be yet another joke, when Ben Flajnik proposed to Courtney Robertson and then proceeded to call off the engagement and break up a mere 10 months later.

“We weren’t as similar as we thought,” Ben recently said to In Touch in his first interview since the break- up.  You weren’t that similar?  You weren’t that similar?!  Of course you two found out you weren’t that similar since you didn’t really get to know each other to begin with.  He goes on to say that “they really did love each other”, but they “started to grow apart because of the distance, time apart and our need to focus on our respective careers.”  Respective careers meaning they used the show to get famous, pretended to be in love and engaged, then subsequently ended the engagement so that they could get that next book deal, acting gig, modeling opportunity, or just become a household name.

The bright side, from my point of view, is that the genius’ at Neil Lane had a clause in Bachelor Ben and Courtney’s contracts that states the engagement ring they provided must be returned should these two not stay together for at least two years.    Kiss that rock good bye, Courtney.  That ring is going back in the glass case where it belongs.

It boggles the mind that the American public still buys into this show.  Yes, I understand that people need to escape from their regular lives from time to time.  I’ve been known to escape into the world of Christian Grey and Anastasia Steele (Fifty Shades of Grey, duh), but after sixteen seasons of The Bachelor nonsense, can’t we put this show out of its misery?