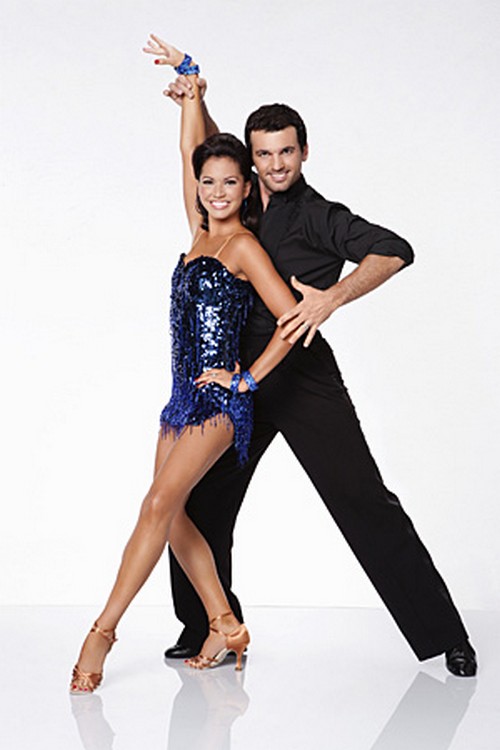 The drunken dancing of Dancing with the Stars finally came to an end on Tuesday night, when Melissa Rycroft and Tony Dovolani were announced as the winners of the season, and the ultimate All-Stars. It did not come as a surprise, because nothing in reality television is a surprise. The recycled promo clips of The Bachelor, the faux-reality of Survivor, and the horrible Spanish telenovella dubbing on America’s Next Top Model, are all testament to the fact that reality television is a well-invented, cheap, and quirky machine that spews out quick-fire seasons of so-called “games.” It’s the poor man’s 15 seconds, and the juice never dries up.

The 15th season of DWTS was unlike any other. This was the first time in the show’s history that All-Star couples were chosen to duke it out on the polished floors of the DWTS studios. 12 couples fell, but only one remained, although rumours of vote fixing and voting blocs became the buzzword during the first half of the season. Melissa and Tony might not have been under-the-radar front runners, as they weren’t as glitzy and glam as Derek Hough and Shawn Johnson, nor were they as controversial and as acerbic as Kelly Monaco and Val Chmerkovskiy. Instead, the winning couple of DWTS became hushed and as non-controversial as possible.

See, this is how it works in the arena of reality television. The archetypes are usually brought to the guillotine of public opinion quite early on in the competition. Their heads are removed succinctly, and they’re kicked out of the season like a lonely Polish boy is kicked out of Africa. The powerful, near-criminal personalities reverberate with, and relate to, audiences at home. Producers love the hype and drama and echoes of scandal, as reality television is almost solely based on raw, unfiltered personality and ideology. In the beginning of a reality television season, the villains, the lovers, the heroes, the sorry Susans, the manipulators, the criers, the drama queens, and the token people are all manipulated by editing, production, and eventual elimination.

However, audiences at home do not realize that a reality television season plays out before the principal filming even commences. The producers usually cast the above mentioned archetypes in their respective roles before the season starts. Many producers, including most of Survivor’s head honchos, have publiclly stated that they knew the result of the show before it even aired. They weren’t privy to votes, nor were they privy to the dynamics of the relationships, they merely used their knowledge of sociology and production to predict a winner before the finale even aired on television. This is how the initial casting takes place. The producers use their clever ninja skills to cast each and every season.

They also allege that during a “normal reality show season,” they choose men and women from all walks of life. This, unfortunately, is not true. One’s past, one’s vocation, one’s personality, and one’s ability to interact with the 4th wall are the main factors used to deduce whether a contestant would be a good fit for the specific dynamic of the season. A villain would be cast alongside a philanthropic hero who cured cancer, while a drama queen would be cast alongside a manipulator. This dynamic is what makes reality television a science, and with all forms of reputable scientific methods, one is easily able to predict the outcome of the experiment.

On the other side of our eight ball, we have Dancing with the Stars – a show that is so ingrained in popular culture and C-List celebrities’ lives, that by taking it away would cause a tumor to form in its void. Celebrities are cast with a built-in fan bloc. They don’t arrive on an island, at a house, at a pool, etc. with the audience at home unable to relate to them. Their built-in fan blocs do, however, create a peculiar fallacy – a winner cannot be called a winner if he is already a winner. What does this mean? Well, when a celebrity is cast on DWTS, they don’t form new voting blocs – they merely tap into their fan base and use this leverage to further them in the competition. Yes, as in all democratic voting shows, there is always a group of “independent” voters who could swing either way. The celebrities on DWTS do not have to win over their own fan bases; they merely have to win over enough “independent” voters to clinch the win. They’re already winners amongst their fans, so a show where voting and elimination takes place, becomes a pointless exercise in fan-camp voting. If a celebrity is already a winner, why should they be given the title again? This is also one of the reasons why DWTS is so quickly forgotten when the finale airs.

Let’s take a look at the 15th season’s crumbling of the cookie, as our above-described theory can easily be implemented into this show.

The villain (Bristol Palin) was eliminated very early on in the competition. Her presence created uproar amongst fans of the show. Producers cast her for that reason alone, and created a little bit of a paradox. Her role of villain was there for a reason, but producers knew she wouldn’t last for too long. Her previous season stuttering and low scores caused many fans of the show to tune out, but as we know fans, they grow on controversy like a fungus grows on death. Her villainous casting kicked up the ratings and brought in new voters and voices. She was, in the end, merely a weapon of mass reality television destruction. The second, more noticeable archetype came in the form of Kirstie Alley and Maks Chmerkovskiy. They were the underdogs, the fighters, the ones who understood injustice. They were the ones who everyone rooted for. However, due to a small glitch in the matrix of the show, they were eliminated prematurely. Kelly and Val then took over the role of underdogs and were lifted into their 3rd place position just for this reason.

Shawn Johnson and Derek Hough were the front runners, they were the cool kids, the rock stars, the couple everyone wants to be. They were, unfortunately, also victims of the reality television flu. The voting dynamic of audiences at home became polarized – if they voted for Kelly and Val, the undeserving underdogs, there would be a ruckus. If they voted for Shawn and Derek, the sparkly heroes, the show would be predictable. So, instead, the audience at home tossed their darts at the middle of the pack Melissa and Tony. They were the perfect fit for a winning couple. She was a former reality television star and a twice injured contestant. She was a mixture of hero and underdog – the perfect amalgam for any reality television show. Was her win cleverly crafted by a God archetype in the form of an executive producer? Most probably not. Did she deserve her win? Definitely, yes, as she cannot be blamed for the reality television hierarchy. Was she manipulated into winning? Most definitely, yes.

In the end, her win was not a surprise. It wasn’t an ecstatic moment of “Omg, did you see she won?” It wasn’t a moment of jubilation and celebration, as Melissa Rycroft was merely a symptom of pre-reality television manipulation. She was the victim of pre-season casting and inflated production egos. However, her 15 seconds of fame should not be taken away from her. She deserves to bathe in every second, until the 16th season of DWTS airs next year, and Melissa Rycroft becomes the golden plaque on that board of reality television history.