Danny DeVito Begs Rhea Perlman To Take Him Back! 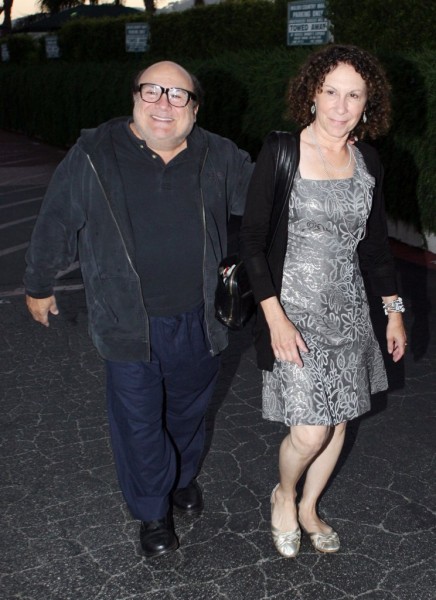 Danny DeVito has finally recovered from his mid-life hangover and is now realizing the grass isn’t always greener on the other side. He wants estranged wife, Rhea Perlman back but she’s the one shuffling her feet.

“Danny is starting to wake up and realize what a disaster he made of his marriage. But it may be too late. Rhea is demanding their production company in the divorce settlement. She’s not only revving up her acting career, she wants to revive her career behind the scenes too,” a source told  Globe magazine. “People don’t realize that she’s a genius. But Danny does and he’s begging her to take him back. I think he hopes if he hands over the keys to their business she’ll give him a chance at least to work together. But that doesn’t look like it’s going to happen. Rita thought long and hard about her decision to file for divorce. I don’t think she’s going to change her mind now.

That’s the ultimate revenge, right? Who wouldn’t want their husband to realize they make a huge mistake in cheating for 30 years and come crawling back? But does apologizing and groveling make up for those 30 years of limoncellas and extras? I doubt it. The fact that Rhea went through with the separation after all these years has got to show how serious she was about it. Besides, their kids are grown so I don’t understand why she would go back to him even though he is on the funniest show on television. I’d love to see a resurgence of Rhea Perlman. She’s super funny and talented and it would be interesting to watch her try to revive her career. The magazine says she’s working on a sitcom with her Cheers co-star Kirstie Alley. I love me some Kirstie Alley. I’m down with this. Good for them.