Demi Lovato Is All Signed Up For The X Factor USA 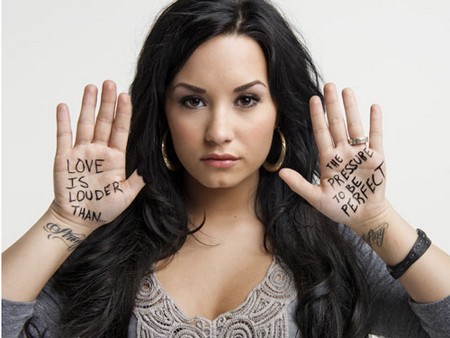 Demi Lovato is officially in Simon Cowell’s world and has signed her deal to be a judge on the nest season of The X factor USA.  Demi will be in NYC to maximize the hype surrounding the show by appearing at the FOX Up Fronts Monday – supposedly joining Britney Spears who will also be a judge on the show.

While it is understandable that Simon wants to hire the hottest stars available one has to wonder whether these two singers fit the bill.  Both Britney and Demi have a history of very serious mental illness requiring hospitalization and rehabilitation.  Can they handle the pressure they will face on the show?

Last week Demi was out partying until 2 am and many question whether she has already fallen off the wagon.  Is Simon hiring these stars in the hope that the TV audience will be huge because of their talent?  Or has he hired them for the potential spectacle they offer?  Does Simon want to see one or both members of the crazy train comprised of Britney and Demi crash and burn?

Demi Lovato has officially signed her deal and will be a judge on the next season of “The X Factor” … TMZ has learned.

According to our sources, Demi will be in NYC tomorrow for the FOX Up Fronts to announce her joining the show.

Demi is scheduled to tour this summer, but our sources say her “X Factor” schedule shouldn’t interfere with her touring.

Lovato should have company tomorrow … as TMZ previously reported, our sources say Britney Spears will be in NYC to announce she’s joining the show as well.

Are you excited about Demi signing up for X Factor?  Do you think that she will be able to handle the pressure?  After all live TV is hardly the place for someone with body-issues and a history of bulemia. Let us know what you think in the comments below.