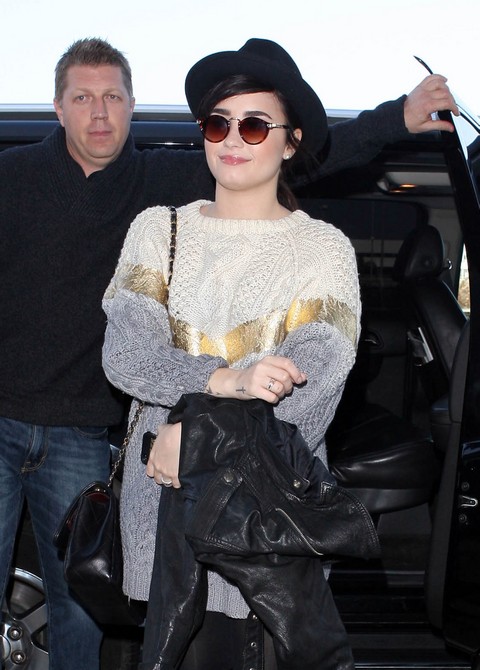 Uh-oh Demi Lovato fans, it looks like your favorite former Disney princess is wrapping up her run on The X Factor.  While nothing has been confirmed just yet it was Demi herself that sparked the rumors. After Tate Stevens was crowned the winner of this season Demi took to her Twitter to absolutely gush about her time on the show.  She of course thanked her fans for supporting her through the whole season and she showed a lot of love towards fellow judges LA Reid, Britney Spears and even Simon Cowell.  While she and Simon butted heads all season long she told him, “You have an amazing heart and I’m very thankful I got the opportunity to get to know the genuine, humble and loving side of you.”

Her series of tweets read like some serious goodbyes with her thanking each judge individually for how they’ve influenced her life and saying that she’d really miss them. When cornered on whether or not she was leaving X Factor, Demi hedged and said no one knew what would happen next season just yet. It certainly sounds like the young star is either really ready to move on or has most definitely made peace with the idea of not being invited back again.

One thing Demi is sure of and that’s her desire to keep building her own career. When she performed with Fifth Harmony on the show last week I think it reminded viewers that this girl really can sing and while it’s cool to see her in a judge’s chair, onstage is really where she does belong.

Will you miss Demi next season? Do you think that she was a good judge on this seasons’ X Factor? Are you hoping that she’s invited back for another stint? Tell us your thoughts in the comments below!