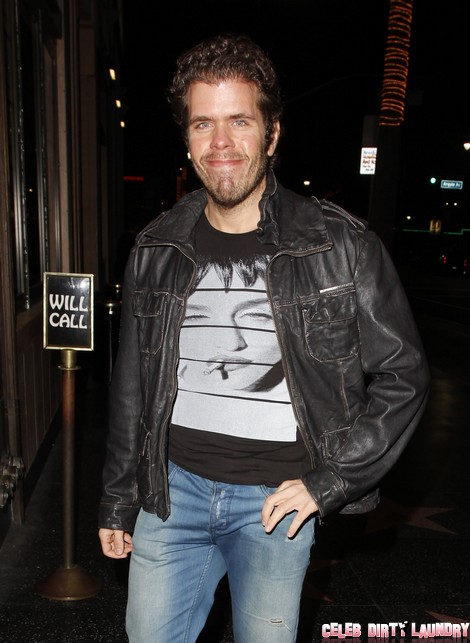 Man, Lindsay Lohan really knows how to bring out the best in everyone! This time around the crazy chick has managed to cause a fight between Demi Lovato and celebrity blogger, Perez Hilton, in spite of the fact that neither is directly involved with her!  The tweet war began yesterday when Perez posted about a message he had from Lindsay’s dad, Michael Lohan. Apparently that piece of work believes that his daughter is back on drugs (ya think?) and that’s ultimately why she had four charges leveled against her on two coasts yesterday. Demi almost immediately responded to Perez’s tweet saying, “hey how about you just leave her alone? Instead of kicking someone when they’re down?”

Apparently Demi felt the media was responsible for Lindsay’s inability to pull herself together and lead an even slightly productive, honest life.  Of course Perez wasn’t going to let that slide so he posted a lengthy response saying,

“The media (me) is not harming Lindsay. She is doing that to herself. She needs to take #accountability before she will get better…. She has been given chance after chance after chance to redeem herself and make good. Yet she’s like a broken record… And she doesn’t get any ‘free pass’ because her parents are both incredibly dysfunctional. She’s an adult, not a child or teen. I do wish Lindsay well and hope she is able to sort out her issues for good before she ends up like her idol, Marilyn Monroe. Do you really think @LindsayLohan wants the media to not write about her? She needs attention and creates drama to get it. #Truth… I have compassion for Lindsay, but I don’t feel sorry for her. There is a difference. Glad U are doing well! Xoxo

Demi still failed to understand how Lindsay’s mistakes were everyone’s business and basically thought the media should not report on the Mean Girl’s star but instead try to help her. Perhaps during her own recovery Demi missed the part where everybody and their baby brother already has tried to help Lindsay!  You can’t fix stupid and Lindsay appears to be a special kind of crazy that needs to be analyzed and used to help future cases of mental illness that have run amuck.

Perhaps Demi didn’t want the media circus that followed her after she bashed in that back up dancers’ face and then checked herself into a facility, but that is where she and Lindsay are different. You and I both know that LiLo gets into the back of her car after an altercation and laughs her head off about it while her cigarette ashes drop in the drink she’s holding!

Is Demi right though, should the media back off and leave Lindsay to her own private demise, or is Perez right- she wants the attention and since she’s a celeb she’s fair game?  Tell us your thoughts in the comments below!