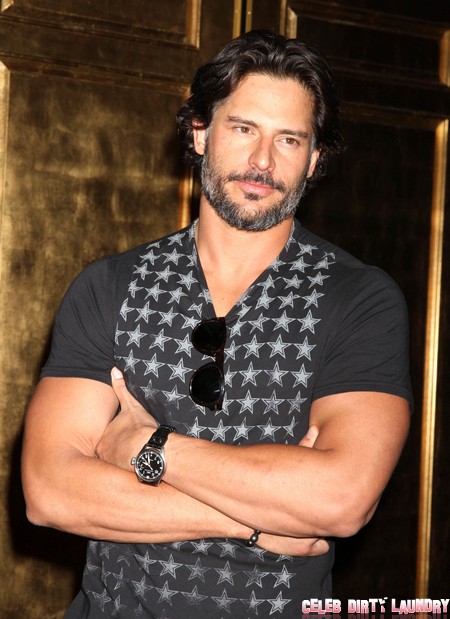 It looks like Demi Moore is being distracted from her crappy year by deciding it’s time for a smokin’ hot hook up with True Blood’s Joe Manganiello. If you remember, Demi was originally signed onto the film Magic Mike, the stripper movie that stars Joe, and that is where the twosome met.  Demi eventually had to pull out of filming in favor of a necessary stint in rehab to treat her addiction issues.

It’s obvious that the couple decided to keep in touch and was recently spotted together at the premiere of his new film, That’s My Boy.  Says a source, “Demi was getting a lot more attention than a lot of the younger girls in the room, and Joe was seen waiting for her before they went off and hung out together at the party. They had amazing chemistry.”

Demi and Joe?  That is an interesting pairing.  They look good together, that’s for sure.  I guess it’s good to see her out with anyone after her nasty, oh-so-public split from Ashton Kutcher last year.  That break up appeared to be what sent her truly spiraling downward and for awhile it seemed like it was going to take Demi a very long time to get over him.  Seeing her take healthy steps towards moving on with her life has to be a good sign.  At least I’d like to believe so, in spite of all the swirling rumors that point towards an intervention and rehab once again, on her horizon.

What do you think of Demi and Joe?  Do you think it’s just a hot hook up or could there be more in the cards for these two?  Is it too soon after rehab for Demi to be seeing anyone?  Should she just stay focused on healing herself?  Tell us your thoughts in the comments below!