Is Demi Moore ‘Obsessed’ With Getting Ashton Kutcher Back? 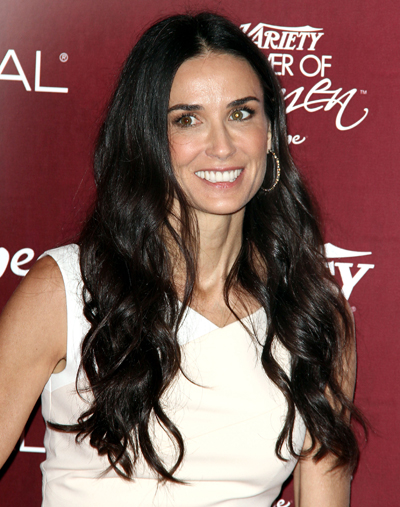 Demi Moore may have been the one to file for divorce from her estranged husband Ashton Kutcher back in November 2011, but after the fallout of their very public split, as well as her recent overdose and subsequent trip to rehab, the 49-year-old actress may have reportedly had a change of heart about ending her 6-year marriage to Ashton.

According to the Chicago Sun-Times, Demi is “obsessed” with Ashton, despite the fact that he has clearly moved on from their split and may even have a new girlfriend, writer Lorene Scafaria, whom he went on vacation with to Italy over the holidays.

And even though Ashton supposedly visited Demi while she was in rehab, a source close to the actress told the newspaper that Demi’s family, including daughter Rumer and ex Bruce Willis, have tried to convince her that “Ashton isn’t coming back.”

“She has to come to terms with that, as difficult as that is for her,” added the insider.

It seems sad, especially considering all of the rumors that Ashton cheated on her, that Demi would want him back, but perhaps the last few months have been so rough for her that any return to her previous life seems like a good idea. Related: Ashton Kutcher Plays Tag With Lorene Scafaria While Demi Moore Still Too Skinny