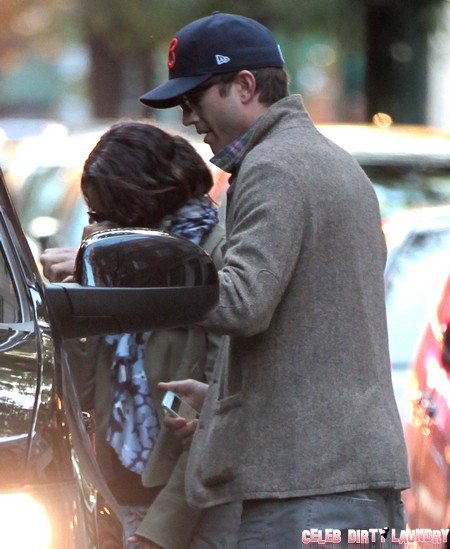 Demi Moore made a rare appearance in NYC on Wednesday, serving as co-host for the GEMS Benefit Gala.  The benefit itself was aimed at raising some fast cash in support of the Girls Educational and Mentoring Services – which was founded in 1998.   It is the largest service provider to commercially sexually exploited and domestically trafficked girls in the U.S. and Demi opted to step out and speak up on behalf of those that the organization helps. The event also included the reading of excerpts from the memoir of GEMS Founder Rachel Lloyd, read by stars including Jada Pinkett Smith, Natasha Lyonne, and India Arie.

It’s a bit interesting that Demi used this occasion to make a public appearance don’t you think?  She has been under fire ever since her ex, Ashton Kutcher, started banging and then officially replaced her with the younger and way hotter, Mila Kunis. That was always Demi’s worst fear, wasn’t it?  That she had to do everything and anything to keep up with young Hollywood even before she married Ashton!

I have to think that there is a message in this very public appearance, one other than supporting an organization that supports victims of sex trafficking. We know Demi hates Mila (it’s common sense) and I tend to think that rather than pick up the pieces of her own life she’s choosing to be that still fragile, semi-washed up star that spends far too much time obsessing over what Mila does.

Is she trying to paint Mila as someone connected to trafficking? Or does Demi just have sex in general on her brain because you know as well as I do whatever goes down between Mila and Ashton has gotta be pretty damn good?  One thing is for sure, there’s a whole lot of jealousy and anger fueling Demi’s every move!

Was her co-hosting simply a good deed or was it motivated by something else? Tell us your thoughts below!