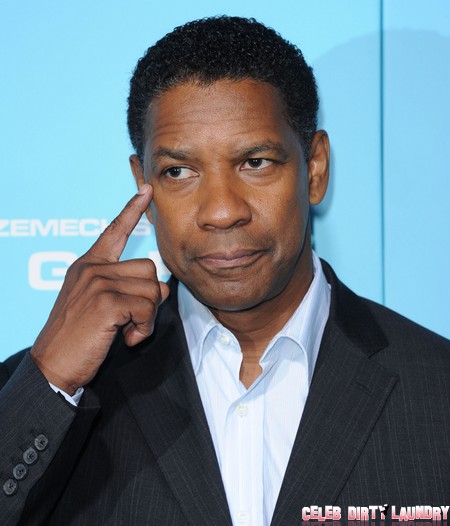 Denzel Washington Underrated! Mr. Denzel is being underrated and underestimated by Hollywood movie critics – as if we in the public listen to them.  They blasted his recent film Flight.  They predicted it was going to be a flop and that “nobody” would be interested in seeing another airplane movie.  Hold the phone chicas!!! Did his film not earn on opening day $25 million dollars in ticket sales, HELLO!

Now this is good money for an opening for a movie that is not a sequel where the studio has you hanging on for the next episiode so long you kinda forget about the movie and go see something else more interesting, am I wrong?  The Hollywood critics’ need to get more in touch with the general public.  Denzel Washington is always a box office draw and as bankable as he has been.

Let us look at the track record.  Since 1998 there has not been a Mr. Denzel film that has not made at least $15 million on its opening day.  He has not made less than $20 million on opening day since 2003.  You know what, the actors that are “supposed” to be hot today, Johnny Depp, Will Smith, Tom Cruise, et al. cannot boast that every movie they have starred in has grossed at least $15 million dollars on its opening day.

Young Hollywood should really take a lesson from older Hollywood.  Please learn how to act and pay your dues, because it does show in your acting when things don’t come that easy and everything is handed to you.  Another side note is look chicas, Mr. Denzel’s acting is his job.  He comes out promotes his movie, does charity work, and goes home quietly.  He is still married to the same woman as he was before he got famous, and he is home with his children and wife.  Quiet kept chicas we never hear anything about him unless he is promoting a film, with his very fine looking, suave talking self, Oops!!! Got carried away, but heck we’re talking about Denzel!! Oops!!  I’ve got to go before I get in trouble!   Whew I’m sweating, gotta’ go!!