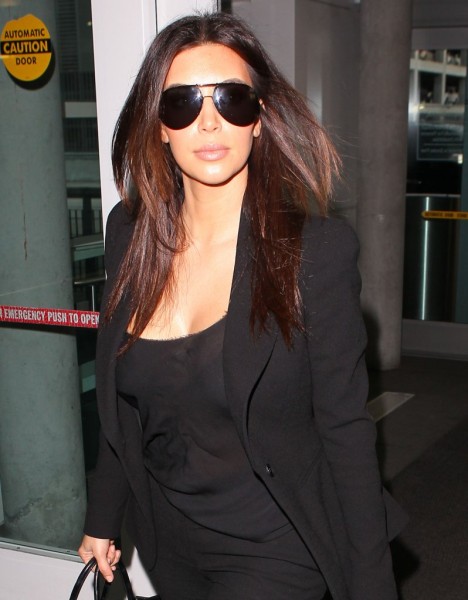 Maybe this is why he’s so hell bent on making her pay for that embarrassing marriage. She gave him the ‘ole derp and he almost got sued for it!

Let’s backtrack. Remember that little story a few months ago about Kris Humphries’ herpes problem? A chick came out and said she got herpes after having a wild night with Kris back in 2010 which is around the time he started unwisely kicking it with Kim Kardashian. I have no idea what happened to that law suit. Kris probably doesn’t either since his mind has been pretty busy with the one he’s launching against his ex-wife. I kinda wondered why he was going to such extremes to embarrass Kim. Sure their marriage was a joke but it was so long ago and I figured he’d have moved on by now. But revenge is insatiable especially when herpes is in the mix!

How do I know Kim Kardashian has herpes? It’s written all over her face. The poor thing was spotted at the Miami Airport coming back from the Middle East with an unsightly cold sore on her top lip. She must have forgot her valtrex. And yes I know that cold sores are a different type of the herpes virus but it’s still kinda basically the same and I just had to laugh. I’m not poking too much fun at Kim because cold sores suck but the timing is hilarious. I almost forgot about that little old Kris Humphries derp story and now this whole thing’s making sense. Kris isn’t suing over a fraudulent marriage. He’s suing over the herpes. Kim Kardashian better watch out! This divorce might keep on going after all!

Is the Kim Kardashian cold sore an indication that Kris and Kim contaminated each other way before their marriage turned south or could she just be stressed out from all the work and travel?