Did Madonna Insult Britney Spears or Was Her Target Lady Gaga? 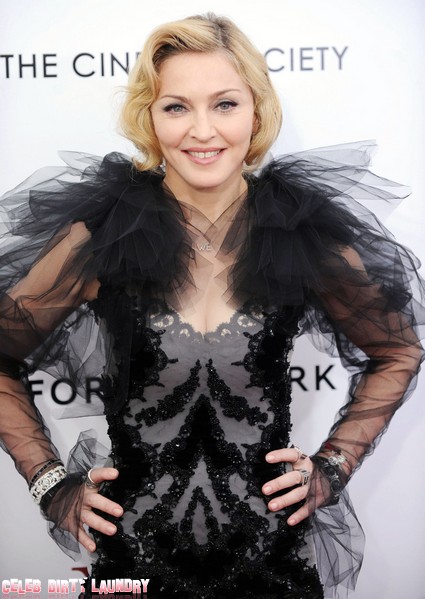 Madonna and Britney Spears use to be best buds.  Who could forget the famous Madonna/Britney lip lock at the MTV Video Music Awards?  But it looks like that is all over and there is a celebrity feud brewing or is there?  Madonna, 53, was recently interviewed by The Advocate and they asked about Lady Gaga and her relationship with her gay fans.  Her response is below:

“It seems genuine,” she says, also seeming genuine. “It seems natural, and I can see why she has a young gay following. I can see that they connect to her kind of not fitting into the conventional norm. I mean, she’s not Britney Spears. She’s not built like a brick shithouse. She seems to have had a challenging upbringing, and so I can see where she would also have that kind of connection, a symbiotic relationship with gay men.”

Many fans felt that Madonna insulted Britney Spears by using the word ‘shit’ to describe her.  The question from the magazine was about Lady Gaga and not Britney and why throw that random comment in?  Other people feel it was a compliment saying Britney is hot and Lady Gaga is not.  So there is the story, what do you think did Madonna have the claws out?  Was she taking a shot at Britney, insulting Lady Gaga or just being Madonna?  Sound out in the comments below!