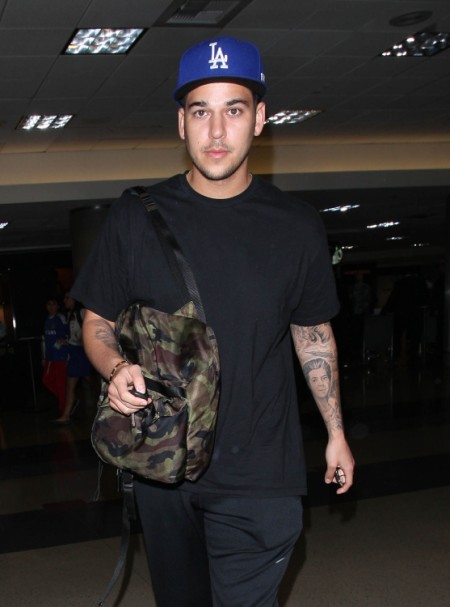 If you’re like me you were probably simultaneously overjoyed and dumbfounded when Rob Kardashian announced he was going to USC’s law school. Rob went there for his undergrad and his father, the late Robert Kardashian, famously defended O.J. Simpson in the crime of the century. Rob’s been floundering with what to do with his life since his surprisingly star-making turn on Dancing with the Stars. He doesn’t have the looks of Kim Kardashian, personality of Khloe Kardashian or baby daddy drama like Kourtney Kardashian. School is smart. Law is respectable. The only problem is USC says he never applied.

On Aug. 6, the 25-year-old tweeted, “Going to Law School very soon and so excited and can’t wait! School just never ends for me! #UniversityofSouthernCal #Trojans #FightOnk.”

But USC basically outed Rob as a dumb ass because it tweeted on its official law page, “@atlblog Rob Kardashian isn’t coming here, but we’re glad he’s a Trojan fan.”

USC also told the Huffington Post that it has no records that Rob has ever applied to its law school. So was Rob lying? Maybe he meant he was applying for the fall of 2013 school year? Law school applications are a long and painstaking process. First you have to take the LSAT which is only scheduled four or five times a year. Then you have to write papers, get recommendation letters, and gather up all your transcripts and other things you think will help your chances at acceptance. It’s torture! I’m guessing Rob hasn’t done any of that yet. I’m also guessing he got drunk one night and made the decision to go back to school because his sock company isn’t taking off like he dreamed it would, and tweeted the news for all his 3 million fans to hear.

But let’s back up. His tweet implies he’s going to USC but he didn’t necessarily say it. Also, he shouldn’t have used the words “very soon” if he meant 2013. I can’t imagine him getting fast-tracked into the 2012 school year if he hasn’t even filled out an application yet. But he is a Kardashian after all, stranger things have happened.

Can you imagine his application though? What does he fill out for extracurricular activities? Starring on crap reality TV shows? Who would write a rec letter? Lamar Odom? It doesn’t look pretty which is why I’m already fuming that he’ll get in. You know he will! Maybe he’s a good student but he’s never struck me as particularly bright on that show. However, I will endeavor to be positive and give him credit for going back to school. Not many celebrity children turn to that option. True, his name means he’s got a lucrative career waiting for him, and he won’t have to slug along working 80 weeks like most first year lawyers at the bottom of the barrel at major law firms, but we shouldn’t be too harsh. He’s opting to use his brain, and in a house full of Kardashians, that shouldn’t be so easily dismissed!

Do you think Rob just got excited about his news or was he lying about law school? Why do you think he’d do that when he knows people can check that stuff?