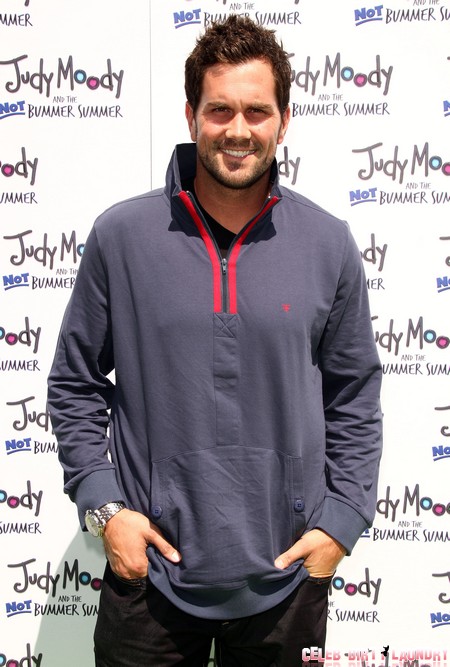 It looks like Emily Maynard can kiss that whole happily-ever-after thing goodbye, again!  I have to admit, I watched her in action on The Bachelorette and I believed her when she said she was so ready to find love and settle down so I’m not sure what to think now. It seems Emily’s engagement to Jef Holm is over and Matt Leinart ruined it!

Remember last month when it was rumored that Jef swiped her phone and found out that she was cheating and sexting another guy? It was a story confirmed by Jef’s brother but then quickly shot down by Jef himself. The couple then made some appearances together to save face and fans were led to believe that maybe things were okay after all- at least until this week.

First we heard rumblings that the engagement is a sham and that Jef has actually demanded half of Emily’s Bachelorette money in order to keep his mouth shut about what a slut she has been. Now, well I hope Emily didn’t pay him off, because according to Us Weekly’s cover story, the truth is out anyway!

“It’s Matt Leinart, as in Oakland Raiders QB Matt Leinart. According to Kaylee Shepherd, Jef’s ex girlfriend, Jef was bothered by how much Emily was texting during vacation with his family — so he looked at her phone. While Jef didn’t tell Kaylee the name of the guy, he did say “It was that pro football player.” Us’s sources confirm he was indeed referring to Matt Leinart”

Damn Emily. What were you thinking?  Trading in the solid guy that embraces your daughter for the athlete with a huge womanizing track record!  If the Jef really did demand hush money then I have to say I’m kind of impressed with how quickly he turned off that overflowing love and turned cut throat smart!

Do you think Emily really was ready for love in the first place?  Was Jef simply not the guy or was it all a game for her from the get-go? Tell us your thoughts in the comments below!