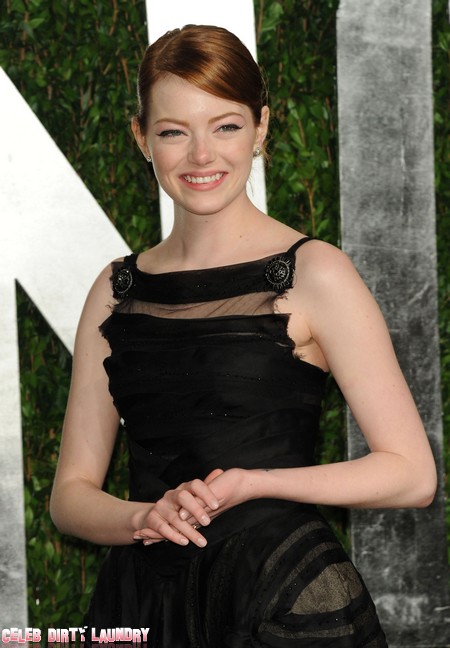 Emma Stone will next be seen on the big screen starring alongside her boyfriend Andrew Garfield (whom she met while working on the film) in the latest Spider-Man story.  However the 23-year-old recently admitted that she was initially skeptical about getting involved in the franchise.

In an interview during the annual Comic-Con, she confessed:   “I heard about Spider-Man and I didn’t think it was something I would want to be a part of. I just thought that probably isn’t right for me.  Then I [auditioned with Andrew Garfield] and realized that this was a really interesting, fantastic relationship between two people and that I was being really closed-minded.”

Emma plays Peter Parker’s love interest, Gwen Stacy and she said that after researching the character she fell in love with her.  She also was quick to express how happy she was to return to her natural blonde locks, and let’s not forget that had she not decided to go for the role she might not have met her cutie fella Andrew.