Finally Time For Baby! Kate Middleton Trying To Get Pregnant 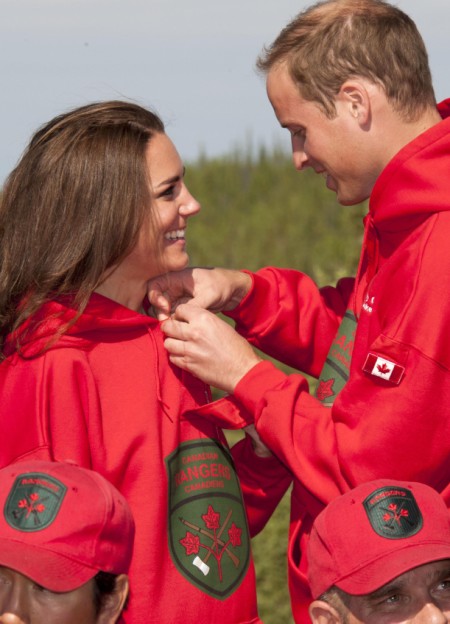 After being married for over a year Kate Middleton is trying to get pregnant! The Duchess of Cambridge has stayed mum about her reasons for keeping slim and trim since her April 2011 royal wedding but insiders have blabbed that Kate and Prince William didn’t want to detract from the Queen’s Diamond Jubilee Year. Well… the Queen didn’t want Kate Middleton’s pregnancy upstaging her year either. But good things come to those who wait because Life & Style insists that Kate and William are ready to get busy – literally.

“William and Kate are putting all their effort into having a baby,” a source told Life & Style magazine. “They would love to be expecting by the end of the year. She just wants to hide away in Wales — of the glare and the spotlight — and get on with producing the future king or queen of England.”

This wouldn’t have anything to do with Prince Harry’s recent publicity problems would it? I must seem like the biggest conspiracy theorist but those crafty royals don’t do or release any personal information unless it benefits them in some way. Trust. And William and Kate are savvier than the rest of the bunch put together. But alas, no, I think the Cambridges are truly ready for baby. Poor Kate’s been holed up in Wales where the shopping and the hair blow outs are few and far between. She’s ready to get knocked up and moved into Kensington where she and Pippa Middleton can finally take center stage and thumb it to those snotty blue bloods.

Princess Catherine, the mother of the future monarch, is so much better than Waity Katie the Commoner. But Kate Middleton pregnant by the end of the year? That only gives her a few months. That’s tough especially since the stress must be incredible. No wonder she wants to hide away in Wales. The privacy is greater and there isn’t that much else to do there! But we’ll have to see. Rumors that Kate is infertile have dogged her for awhile for some weird reason. I don’t know how anyone would know that. She’s healthy. When she eats, she eats well. She works out and barely drinks. I don’t see why she would have a problem getting knocked up. There’s the weight issues but I’ve always said if Victoria Beckham can get pregnant than Kate can! However, be ready for the barren stories if the couple isn’t preggers by New Years. It’s the natural media progression.

What do you think about the blessed news? Will the Cambridges be issuing an announcement any day now? Was this story dished out so we would all forget about Prince Harry? It might work… until that sex tape surfaces!