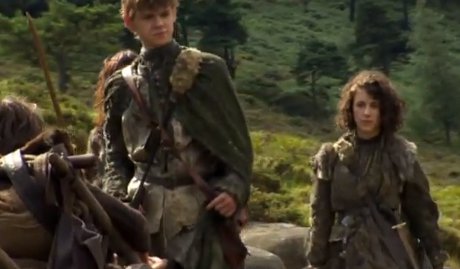 If you’re like us then you’re just waiting for the arrival of Game of Thrones season 3. If you’re like us, you also get a little too excited when HBO releases any sort of featurette or preview, as they’ve just done. Unlike the previous — and totally unfulfilling — teaser they released a few weeks back, they’ve done good this time by releasing a season 3 featurette that does all the things we like: hypes us up for the upcoming season, reacquaints us with our beloved characters, and helps us remember why we fell in love with this beautiful show in the first place.

The featurette doesn’t give any plot spoilers, nor does it show any scenes from the upcoming season. Rather, it gives us a behind-the-scenes glimpse into the show’s production — and makes us aware of all the amazingness that is required to make such an epic show a success. Often time when we’re watching shows, we forget about all the work that goes into creating them. With a show like GoT — characterized by its set design, atmosphere, costumes, and the characters that interact with all those things — it’s a cool thing to take a step into the screen and witness all the magic.

“This is the season Dan and I have been anticipating since the beginning,” says Executive Producer David Benioff.

“There’s such a constant influx of new characters and new locations and sets especially, it’s impossible not to be excited about that stuff,” says D.B. Weiss. He goes on to say how the costume designer has out done herself this year. We can’t wait to see the final products! The costumes truly are great: the perfect combination of fantastical and historical. “That’s what keeps it so fresh and exciting,” he continues later, “is that it’s such an expansive world — an endlessly fascinating world that you can lose yourself in.”

Everyone working on the show agrees that expectations are very high for season 3 of GoT, and we couldn’t agree more. Season 1 was great. Season 2 was wonderful. And they better not let us down! Sometimes shows like these, ones that are so big, ones that try to do to much, begin to lose themselves after they’ve found success (i.e True Blood); however, I think we can place our trust in these producers and writers. They know the heart of their story — where it needs to go and what it needs to accomplish.

Let us know if you’re excited for season 3 in the comments section below! First, watch the trailer . . . .