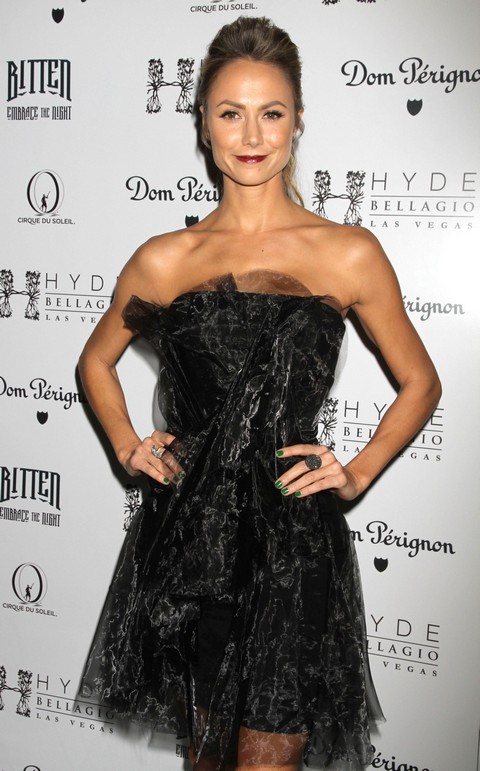 I don’t know much about malaria, but apparently it’s not a huge turn off for Stacy Keibler, George Clooney’s off and on girlfriend. Despite giving her a not-a-diamond ring this summer, the mega hot actor is in no rush to settle down—ever. But something about the nickname “Terminal Bachelor” isn’t sticking with Stacy, so Clooney is trying a new type of terminal as an exit strategy: malaria.

The man may be an incredible actor but is just looking for arm candy, not commitment! Stacy is dying to tie the knot, but Clooney keeps citing his illness. “George says his body has been so beat up by a host of accidents and maladies over the years that he’d make a terrible husband and dad,” reports an insider to National Enquirer. Clooney is quite the traveler and apparently contracted malaria while working in Sudan in 2010.

I don’t know where his body is so beat up, because everything looks pretty good from here. Fortunately, “Stacy’s not buying it. She thinks he’s just playing the sympathy card so she’ll feel sorry for him and won’t press him to tie the knot.” Good for her—it’s the first baby step to dumping him really publicly and taking back some of the dignity she’s coughing up to stay with him. Can you imagine a yelling match at Spago in LA? All those A-listers listening to her list his flaws. It sounds like heaven!

The source reports, “Stacy’s not happy about it. She understands that George’s biggest problem is a terminal case of wedding bell phobia.” Preach it, girl! It’s such a lame excuse. Clooney just wants a leggy blonde toy to play with, which is fine if all parties are on the same page. But it sounds like Stacy is finally starting to wake up to the world Clooney wants—time to get out now.  Of course the Enquirer might just have made the whole story up!