Gwen Stefani and Gavin Rossdale The Next Celebrity Divorce? 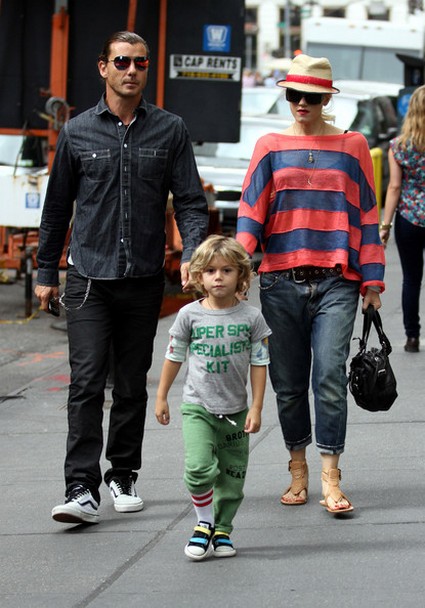 2012 has been the year of surprising Celebrity divorces and now rumor has it that Gwen Stefani and her husband of ten years Gavin Rossdale may be the next celebrity couple headed to the divorce courts.  Although they have had some rough patches over their ten years of marriage they have managed to hold it together for their children Zuma,3, and Kingston, 5.  Insiders say the children are not enough to keep them together anymore.

Multiple sources reveal to Star Magazine the couple  are on the verge of a split. “They have a roller coaster relationship , and right now it has flown of the tracks.  They’re fighting non-stop.  The main problem is that when they got together it was Gavin who had the big career.  But over the years he has had to watch as his rock-star status dwindled and hers soared to stellar levels.  That’s really been a hard journey for him.”

A source revealed that they have entered couples therapy to try and save their marriage but it does not seem to be working and a divorce seems inevitable.  When Gwen’s brother Eric Stefani was asked about rumors of a split he said, “It’s possible.”

Gavin is also very secretive, two years into their marriage he revealed to Gwen he had a daughter, Daisy Lowe.  In 2010 he confirmed in an interview he had an affair with British Pop singer Marilyn – without telling Gwen. In 2010 Courtney Love claimed she had an affair with Gavin while he was married to Gwen.

It is becoming difficult for Gwen to trust Gavin.  A source revealed, “Gwen often wonders what other secrets Gavin is hiding. It’s getting harder and harder for her to go through the motions with a man she sometimes feels like she doesn’t even know.”

So there you have the story, what do you think are Gwen and Gavin heading for a divorce.  Sound out in the comments below!  I wonder what secrets he has to hide and how many mistresses will pop out of the woodwork?