BY Margeaux on May 9, 2012 | Comments: 5 comments
Related : Celebrities, Pippa Middleton 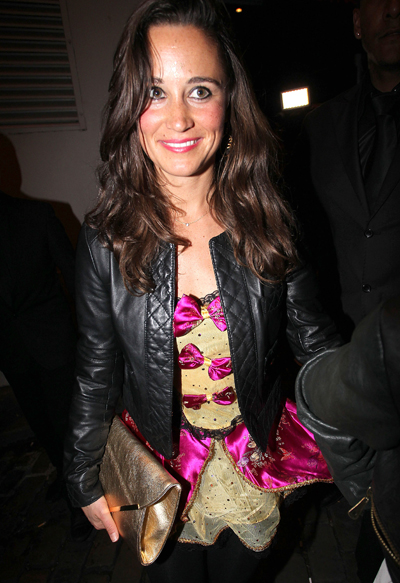 With her recent spat of negative publicity, is royal sister-in-law Pippa Middleton planning on fleeing London for the United States? That’s the latest rumor being reported about Duchess Kate‘s younger sister by Grazia Magazine via Page Six.

Reportedly, Pippa is tired of being hounded by paparazzi in the U.K. and was considering moving to Paris, but after the recent toy gun scandal, she is now eyeing NYC.

“Pippa had been considering a move to Paris. But now that’s off the list she has been investigating her options in America,” said a source to the magazine. “She would love to move to New York as she’ll be spending time there when her book launches in the autumn.“

If Pippa, who supposedly quit her day job last month, does move to New York, she certainly wouldn’t be the first member (or relative) of European royalty to call the Big Apple home. Both Crown Princess Victoria and her younger sister Princess Madeleine have both lived in New York, as well as Monaco royal Andrea Casiraghi, the eldest son of Princess Caroline.

And while she probably won’t be as anonymous as those three while wandering the city streets (thanks to her famous derriere,) it would afford her access to   much more privacy (and not to mention, some fabulous parties full of fawning fans.) Surely, being away from the watchful eye of the royal palace has got to be a plus as well, and, who knows, maybe Pippa will even fall in love with an American. Related: Kate Middleton Teases Pippa About Her Butt