It’s All Over But The Crying: Heidi Klum Files For Divorce From Seal (Documents) 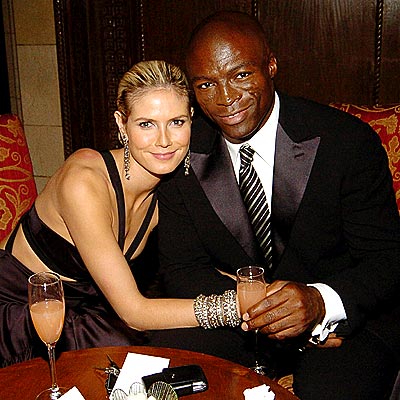 Heidi Klum has had enough and has filed for divorce from Seal.   Heidi wants to keep all her money and the kids – allowing Seal only visitation rights.  She wants to pay no support – like Seal needs it… and to restore her maiden name legally – Klum.

Heidi was apparently stuck in hell during their marriage. There were vicious fights, jealousy and their four children were caught in the middle. US Mag said that Heidi and Seal’s perfect marriage was just a facade.

Seal was on Ellen DeGeneres and after the separation had nothing but good things to say about Heidi. As a matter of face Seal was still wearing his wedding ring.

Well there will be no reconciliation now.   TMZ Has The Exclusive: Heidi Klum has just filed for divorce from Seal … TMZ has learned.  Heidi cites “irreconcilable differences” in her divorce petition, filed in L.A. County Superior Court.

According to the docs filed by Heidi’s lawyer, disso-queen Laura Wasser, the couple signed a post-nup — meaning they made an agreement after they got hitched to separate their assets.  As a result, sources say there is no community property to be divided.

Heidi is asking for joint legal custody of their 4 kids, but she wants primary physical custody … with Seal getting visitation rights.  Heidi is asking the judge to restore her maiden name — that would be Klum, although she always used it professionally.

Heidi, who is worth a fortune, is asking the judge to reject any claim for spousal support by either her or Seal.  And she wants Seal to pay his lawyer’s fees.  She’d gladly pay Wasser herself.

What do you think Seal did to piss off Heidi?  Let us know in the comments below.