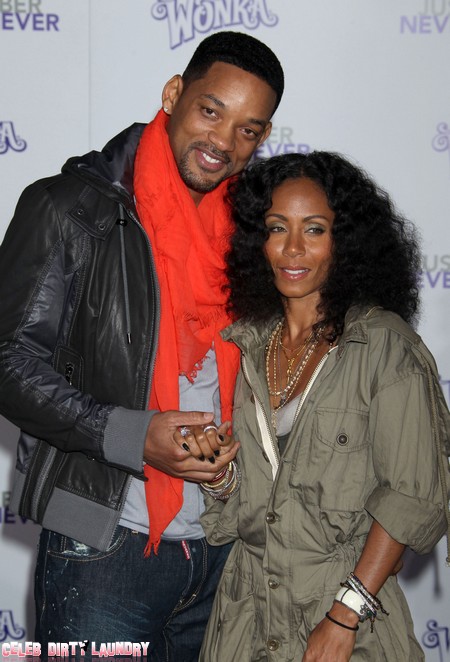 It seems that Will Smith has a new BFF in Duane Martin as well as his own singles pad and Jada Pinkett-Smith is roaring mad.  Hey, Jada – what goes around comes around!  In other words Jada – grin and bear it – you’ve had this coming!

Wasn’t it just a couple of months ago that there were rumors swirling around about Will Smith & his wife Jada Pinkett-Smith having a little trouble in their marriage?  Didn’t all this start when she was working with Marc Anthony, (who was married to Jennifer Lopez at the time) on the set of Nurse Hawthorne.  They supposedly were getting a little too close on the set, (and mind you they: Will, Jennifer, Marc and Jada were all supposedly friends).

Now as it was reported months ago Will came home to find Jada and Marc alone in his house.  That is when the rumors started.  As you can guess everyone came out and rode on the, “sea of denial”, (We’re just friends, sure you are…) – even J.Lo gave a statement to that effect (and we all know what happened with her marriage).

So Jada spent some time away from the home, “trying to find herself”, (Good Luck with that).  Meanwhile Will was at home with their two kids alone, Jaden 13 and Willow 11.  Now when it hit the public at that time and was viewed with much disappointment and dismay the both of them started mending fences.  Most people, (their PR press I’m sure) put it down to gossip or a publicity stunt, because basically they are a very private couple and they do not get much press.  (Hey you two this is a good thing!  No press is good press, get it!)

Let us fast forward to now.  Well here goes the shenanigans; Will has been spending a lot of time with his BFF Duane Martin.  And despite rumors to the contrary, there is no solid evidence that they are gay.  Duane is married to Tisha Campbell, best known for her work on the TV series, “Martin” and they have two children also.  The two have apparently been taking trips, going out to eat and basically doing guy stuff together.

Well Mrs. Jada has a bee in her bonnet because while she is trying to put on a united front like the family is still together and everyone is a happy camper Mr. Will is hanging out.  I just have to make one point, (well you know me maybe just a couple of points).

Number one it has never been reported that Mr. Smith has been stepping out with any woman – okay maybe just one time; in fact it is just him and Duane having a good time.  If you think either one of them could step out with a woman and it not get reported quicker than fire, trust me it would.

Secondly who cares if he has a separate place of his own on the side, as long as he is not running women in and out of there relax.  (On a side note Tisha, Duane’s wife does not play that way – she would know with the quick if something funny was going on and I don’t mean Ha-ha funny).  Thirdly Mrs. Jada just a couple of months ago you wanted to spend some time to find yourself, well now you’ve got it, time.  Be careful what you wish for.