Jennifer Hudson Breaks Down in Tears While Testifying at Murder Trial 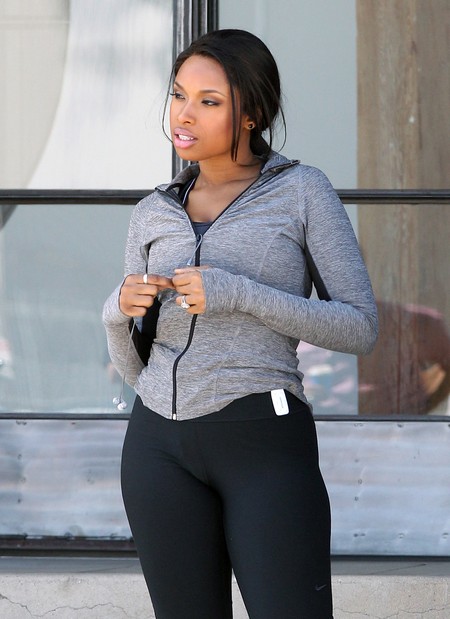 Jennifer Hudson and her sister Julia have waited for nearly four years for this day.  Today marked the beginning of the murder trial of William Balfour, the man accused of killing Hudson’s mother, Darnell, brother, Jason and nephew, Julian, back in 2008.

Hudson dissolved into a million tears while testifying against Balfour today.  She broke down when speaking of the last time she had seen her family alive.  Prosecutors handing her a photo of her mother also evoked tears.

Balfour, the estranged husband of Hudson’s sister Julia, was never a family favorite.

“I told her over and over again to not marry him. We did not like how he treated her.”

TMZ reported that Hudson never wanted to be anywhere near Balfour and that she never liked him, “not even in grammar school”.  She also told the court today of avoiding Balfour saying, “Where he was, I tried not to be.  So if I saw him, I separated myself.”

Julia took the stand after Jennifer and testified that Balfour had threatened to kill her on no less than 24 occasions.  She spoke of Balfour coming to her house on May 6, 2008 begging to reconcile saying, “I can’t do this without you.  I can’t eat.  I can’t sleep.”  When Julia refused he coldly told her, “If you leave, you’ll be the last to die.”

Julia also testified that about a week before the October killings she ran into Balfour.  He threatened her life once again and also said he was contemplating taking her son Julian.  On October 24, 2008 Julia Hudson returned home to find her mother and brother dead and little Julian missing.  His body was found 3 days later in an abandoned SUV.

She remained married to Balfour until earlier this month when the details in their divorce were finalized.

Balfour has pleaded not guilty to a string of charges, including first-degree murder, home invasion and aggravated kidnapping.

The trial is expected to continue for about four weeks.  Please check back with CDL for updates.