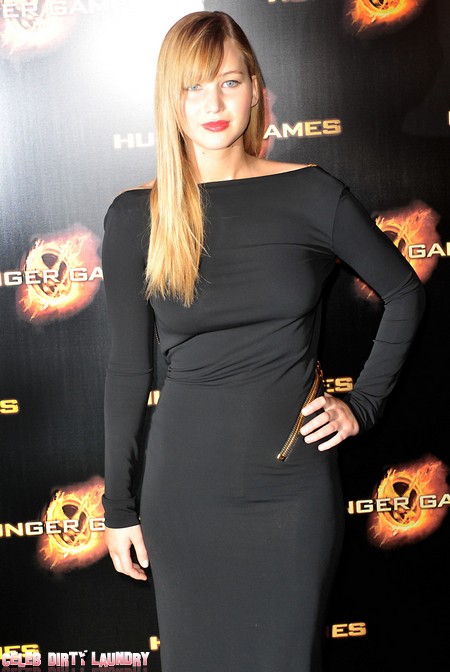 As the Twilight rivalry with The Hunger Games heats up Jennifer Lawrence and Kristen Stewart are keeping their relationship cool.  Jennifer refuses to get into any catty (Katty?) silliness about a potential feud with Kristen.  Although both women occupy the top female posts of their respective franchises Jennifer insists that there is nothing but respect between them.  J-Law does think that her men on The Hunger Games make Twilight’s pale in comparison.

Let’s remember that Jennifer auditioned for Twilight but was passed over for Kristen!  So although J-Law is still playing nice with Kristen watch out for Katniss’ claws…  After all people are human and humans are competitive, especially successful celebrity humans.   So while J-Law talks the talk of friendliness and denies tabloid reports that she is Kristen’s rival, we don’t necessarily buy it.

Celebuzz reports: Despite projected reports of The Hunger Games toppling Breaking Dawn records at the box office next week, Katniss Everdeen herself Jennifer Lawrence insists that she and Twilight star Kristen Stewart are totally cool. In fact, the two girls have swapped emails and poked fun at their supposed feud!

“I wrote her an email because there was this huge, like, article about a Twilight and Hunger Games feud,” Jennifer said of a tabloid story during an interview with Access Hollywood. “And we’ve never met before and never spoken. There were all these, like, fake quotes from me that were actually hilarious.”

“[Kristen] wrote me back, and she was like, ‘It’s fine. Welcome to the world where everything you say gets turned into [something it’s not],’” Lawrence added. “So, she understood.”

Is anyone else dying at the thought of Katniss and Bella being pen pals? Considering how J-Law actually auditioned for Twilight –and the role was eventually given to Kristen– our mind is totally blown at this crossover! We’re glad to see these gorgeous gals getting along!

Let’s see how the relationship between Jennifer and Kristen plays out.  It’s our prediction that J-Law will have a better long-term career than Kristen.  I mean talent must count for something – even in Hollywood.  What do you think?  Let us know in the comments below.