Jenny McCarthy Hides Behind A Bush For Her Playboy Spread (Photo) 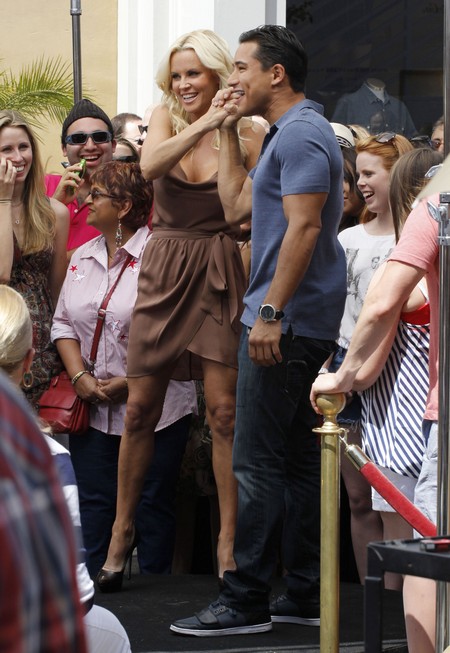 Guess who’s not grooming for her Playboy photoshoot? Jenny McCarthy won’t wax and so she will be as hirsute as possible down there when the photographers start snapping.  Before coming to the photo shoot for the cover, this Love in the Wild star said she will be keeping her exposure to a minimum for this Playboy spread.

Yes, you guessed it right! It’s Jenny McCarthy covering up with her own hair! But what does it actually mean when she said she’s “keeping it to a minimum”.

Reports from popular news website People said that McCarthy will not be exposing too much of her skin for the photo shoot spread for Playboy. Add to that, she may have not agreed to wax her hoo-ha for the spread, but still the shoot continues. This revelation was said to have been bluntly made when she guested in Today Show.

When asked if she will be doing the Playboy photo shoot baring everything that she’s got, McCarthy just snickered and replied, “What’s everything?” She followed that one up with, “I mean I grew out a bush so nobody sees anything.”

Wow, too much info there, Jenny! But at least we got a clue what minimal grooming means for her!  Jenny must still be upset after her heartless ex, Jim Carey, shunned her autistic son.

When asked why she’s doing the nude Playboy shoot once again, she said she figured she has to do it again before everything falls apart, she added, jokingly,  “And Evan’s tuition was really expensive this year.”

Jenny McCarthy’s Playboy spread will be the cover for the July/August issue. So if you’re curious as to what minimal grooming actually is and see if Jenny McCarthy won’t wax, well, grab your copy next month!