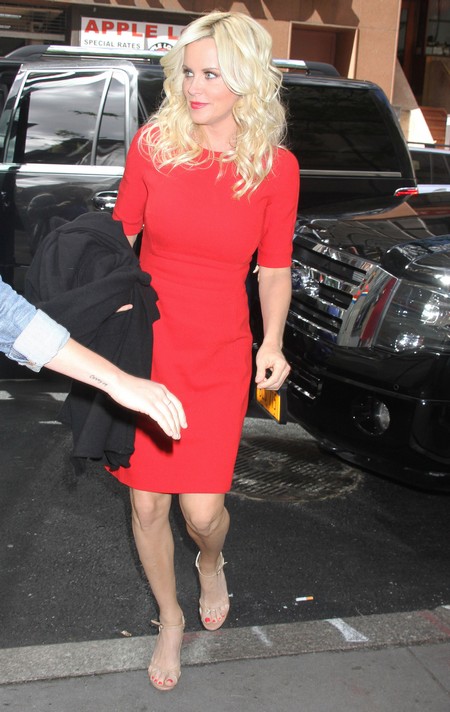 We recently heard the news that Jenny McCarthy was set to pose for Playboy magazine at the age of 39. And while I had no doubts that the blonde bombshell was going to peel off her clothes because let’s face it, Jenny looks amazingly hot for her age, it has already happened. Yes, my friends, we will get to see Jenny naked in all her glory on the cover of the July/August 2012 issue of Playboy. And for all of you who can’t contain yourselves, we have a first look at the cover.

This is Jenny’s seventh photo shoot for the magazine and Jenny’s SIXTH cover. Steve Shaw photographed Jenny for the issue that hits newsstands on Friday June 29th and from what we hear it is an eight page pictorial that was done tastefully. In other words, there will more than likely be strategically placed hands, objects and or the like but that doesn’t mean there won’t be a whole lot of sexy.

Of her photo spread with the mag, Jenny explains that she was more frisky than innocent. “I’m not the girl with the ribbon holding her pinkie in her mouth, giggling. I still have that side to me, but this really strong chick came out.”

Jenny also divulged that her sex life is on fire. In other words, Brian Urlacher is gettin’ it good. She gushed, “This point in my life has been the most fun, sexual extravaganza. The orgasms are night-and-day better. I feel 100 billion times more sexual, and that comes out in this pictorial.”