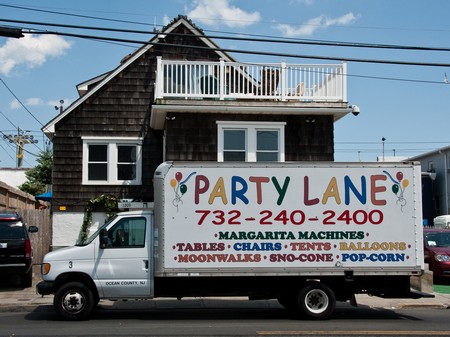 The cast of Jersey Shore is currently filming the sixth season of their infamous show and it has been revealed that they need to sign an STD clause in their contract.

Snooki, who is still heavily pregnant, is living in a house next to the group (cast) home, to protect her baby and her sanity. It has been revealed in the contract that they cast members have to sign a VD clause to stop post-show lawsuits. VD stands for Venereal Disease, the same disease you will come down with if you have unlimited sexual encounters with random strangers, and forget to level up your XP points add a condom to the mix.

According to Celebitchy.com, “Under the head of ‘Health of Other Participants,’ the clause states that the cast, who include Snooki and JWoww, take full responsibility for any nasty side effects of the frequent sexual encounters featured in the episodes. It states: “I acknowledge and accept, that the other participants have not been screened for any diseases, sicknesses or other health conditions (and specifically have not been tested for any sexually transmitted diseases) and I assume all risks of interacting with the other participants, including any consensual contact. The seedy contract was leaked to Seth Kaufman, who has written a book, The King of Pain, about the cynical business of reality television, reports the New York Daily News.”

Without a doubt in our minds, Jersey Shore is like the lunatic who ate too much beef one morning and tossed his wife at a fridge that afternoon, claiming that she looked like a green elephant. He was found a few months later, drooling on a street corner.

The source adds, “On the show, one-night stands are a frequent occurrence and in the fifth season, Polizzi announced she was pregnant with part-time cast member Jionni LaValle’s child. Best friend JWoww isn’t exactly shy when it comes to having sex either. In the opening credits, she says: “After I have sex with a guy I will rip their heads off.”

What do you think readers? Is Jersey Shore past the sell-by-date? Should they pack it in and move on? Let us know in the comments below.