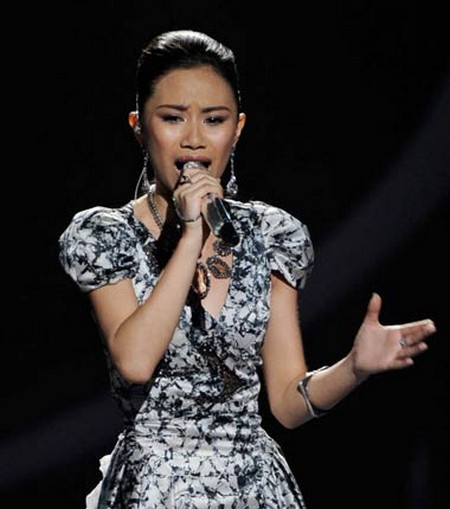 Is Jessica Sanchez upset with American Idol?  Jessica claims that she was not satisfied with her music choices on the show, including the big ballads the judges gave her nearing the end of the competition.

Jessica, who came second in the recent installment of American Idol, says she did songs on the reality show which did not suit her as an artist, including the Mariah Carey hit “My All”, which the judges gave her to sing. Is this a case of sour grapes? Jessica came under fire in the competition, several times, for being too “grown up” in her performances and not staying to true 16 year old form.

“There’s no songs that a 16-year-old can sing right now,” Sanchez said of the song choices, “But I feel like if I can pull it off and if I can make it believable that I have been through that, then I’m good to go. I’m not going to stay 16 forever.” Jessica also had some word vomit over Jimmy Iovine’s confusable advice stating, “[Jimmy Iovine] said I can’t be singing what I put on my album. I have to be singing competition songs, because we’re on American Idol. And I think that’s what messed me up. I was paying attention to that way too much. I do sing ballads but I’m not a balladeer. I’m not the next Celine Dion.”

Many critics of the show recently came out against Philip Phillips and many noted that he received “audience favourable” songs, giving him a slight and favourable lead. Whether this is true or not, is to be disputed. We do know that Jessica had a massive following and this gave her second place, but we also know that Jessica did some pretty tricky songs, even more so than Philip Phillips.

It was recently revealed that Jessica will receive the lowest royalty payout in the history of American Idol and she will not receive the traditional second place album, as has been done in the past. In the history of the show, the runner-up received a $175 000 advance and a full album deal. The contract has been changed, giving the runner-up an advance of $30 000 to $60 000 per single and/or EP release.

Whether Jessica will make a success of her Idol leverage or not, is to be disputed. We know she is one of the best singers in the history of the competition, but if she’s able to pull together and release a single hit, we’re not too sure… Jessica might have been hot on the show, but in real life, the music industry is much different and could eat her alive. Philip Phillips broke records, but now the question has been raised, was his win overtly influenced by the producers of the show, meaning the show was set-up for him to win? Or is Jessica suffering from post-Idol madness?

Let us know in your comments below! Please note, the writer of this article is not favoring Jessica, but is trying to create a healthy and objective debate. Do you agree?