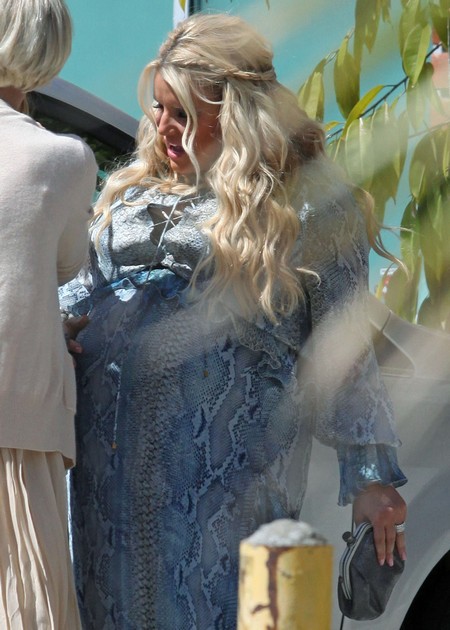 Just a week after the birth of her daughter, it sounds like Jessica Simpson is ready to get into shape for her wedding to fiance Eric Johnson. As we told you in November, there has been much speculation that Simpson will take over for Jennifer Hudson to become the new face of Weight Watcher’s. Now, US Weekly is confirming that the 31 year old Fashion Star judge has indeed teamed up with the weight loss giant to shed her baby weight.

The southern bell, who is estimated to have gained between 65 and 75 pounds during her pregnancy, gave birth to her daughter Maxwell Drew Johnson on May 1st after what seemed to be the longest gestation period ever.

However, don’t get too excited yet as you won’t see her results for at least a year. According to US weekly, Jess won’t be featured in the national campaign until she’s lost the weight using Weight Watcher’s popular point-counting program.

Jessica Simpson’s weight has fluctuated over the years, and was likely at it’s lowest for her role in the 2005 remake of The Duke’s Of Hazzard. Simpson has long battled criticism about her weight in the media, and even appeared in her own VH1 series The Price of Beauty that examined the lengths women go to around the globe to be perceived as beautiful.

Singer and academy award winner Jennifer Hudson lost 80 pounds as the face of Weight Watchers, so I’d say that Jessica Simpson has a pretty good chance at losing it. And for $4 Million? How could she say no!?