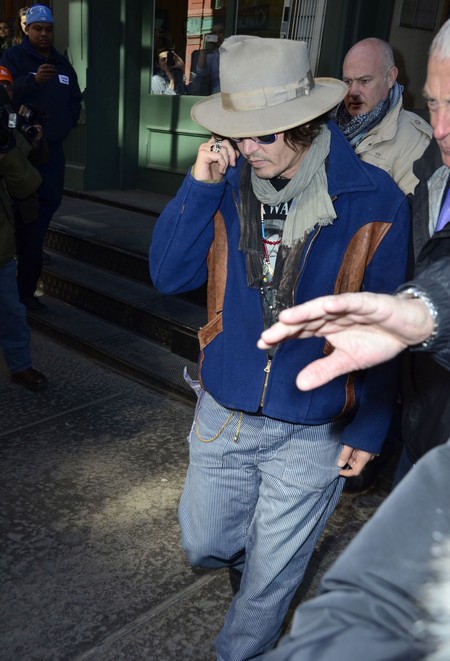 “Johnny didn’t want to be with Vanessa anymore. They had grown so far apart, and he wanted to be free and try new things,” a source close to the former couple tells RadarOnline.com. “He was bored senseless with her, being with Vanessa was making him miserable. The spark had gone, and there was nothing left. Johnny just wants more from life and believes Vanessa deserves to be happier too.”

“He’s not embroiled in some hot and heavy new romance and he has no plans to jump straight into something straight away, but he is keen to have some fun again.  Johnny has wanted this relationship to end since last year,” the source says. “He has tried to get out of this for a long time.”

The good thing in this bust up is that Johnny has no plan of leaving his kids in the dust.  “Make no mistake, Johnny is not walking away from his kids, at all,” the source says. “He loves his children, more than life itself, and he is determined to remain a constant everyday presence in their lives.”

While Vanessa may have lost her man of 14 years she is said to be getting a $150 million dollar payout from her ex.  While the two never married Johnny is ready to willingly hand over half of his worth to her rather than find himself embroiled in a court battle of any kind.

It sounds like Johnny is trying to be extremely fair to the woman he spent a good chunk of his adult life with.  Perhaps it’s because Johnny has quickly moved on with Amber Heard, and wants to avoid any extra drama?  Who knows what a jilted Vanessa could tell the press!

Do you think maybe Vanessa was just as bored with Johnny?  Should she stand to receive such a huge payout?  Do you think more pieces to this story will begin tumbling out as time goes on?  Tell us what you think in the comments below!