Johnny Depp Buys Mansion In Nashville For Amber Heard, Is He Moving Too Fast? 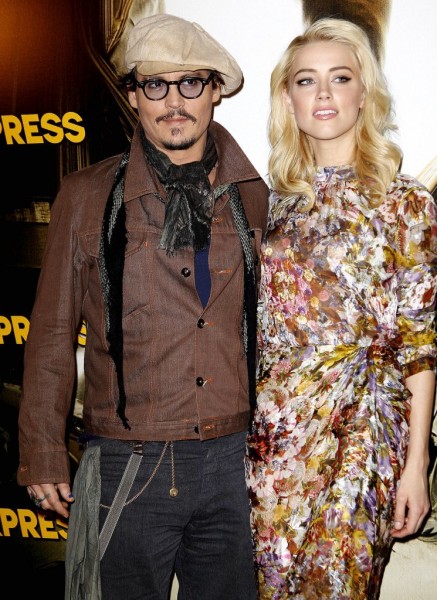 Is anyone else surprised this is still going on? God, I am. I have nothing against Amber Heard. I just thought this little relationship ran its course months ago. Sure there were the stories that Johnny Depp wrote her a love letter for every day they were apart and dazzled her with flowers and trips to his private island but I never really fell for any of them. She was the other woman! She was the rebound he consoled himself with while his relationship with Vanessa Paradis ran its course. She couldn’t possibly have what it takes to keep him interested for the long haul, right? Right?

Oh so wrong because, according to the UK’s Sun, Johnny Depp just shelled out $16 million for a love nest in Nashville with his Rum Diary co-star. “Buying this house is the surest sign yet of how serious Johnny is about Amber,” a source said. “She’s always dreamt of having a ranch. They were going to buy one in Texas, where she’s from, but they fell in love with the Nashville property as soon as they set eyes on it. Johnny isn’t bothered about living it up in Hollywood, he’d rather have the good life. While Amber loves to ride horses, Johnny’s serious about writing and playing music.”

I just don’t know how I feel about this yet. On the one hand she’s very low key, right? I don’t get the money-grubbing mistressy vibe from her even though I want to SO BAD. She’s no Stacy Keibler. She’s young and she’s not courting the media with her delicious and scandalous coup of bagging the cream of the crop in Hollywood. Is she just a cool chick? Johnny does pick cook chicks. Vanessa, Kate Moss and Winona Ryder are all known for being super cool and very private. So maybe Amber is a better, more interesting person than I thought. Or maybe she’s just staying so quiet because she’s afraid of what the media will do to her if she gives it a chance. It could definitely hurt her career. Still… it shows sense. I’m anxious to see how this plays out.

Are you surprised by the Johnny Depp buys mansion/love nest story? Is he moving too fast with Amber or should we just start getting used to this girl being around?