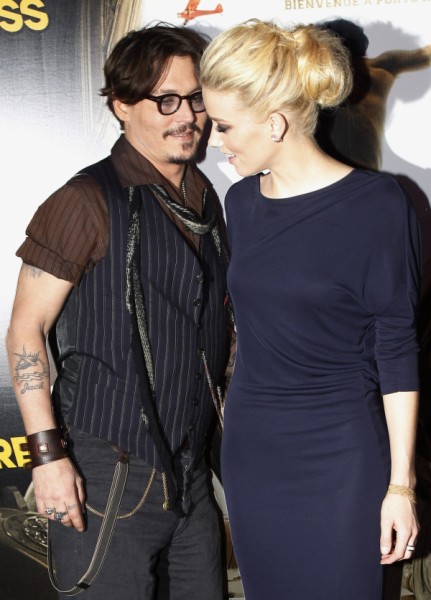 I thought love letters only worked in Nicholas Sparks movies but Johnny Depp is proving that a little bit of romantic initiative can go a long way. Well, a whole lot of romantic initiative, because apparently he sent ex-girlfriend Amber Heard a bouquet of roses and a handwritten poem every day during the month of September and (surprise, surprise) he got his girl back!

In all fairness, I’m not a love note cynic but Johnny probably just had to pick up the cell phone and tell her to get her ass over to his place and she’d scurry on over but that’s not how Johnny rolls I guess. Whatever the means, Johnny Depp and Amber Heard are back together and shacking up after Johnny wooed Amber with his heartfelt poetry. “Although Amber and Johnny have electric chemistry, she felt that as they are both out of long-term relationships, they needed to be single for a while Johnny didn’t give up though — he missed her so much over the summer. They both love literature and the way he tried to win her back totally worked. Once they flew to his island in the Bahamas for a romantic break a couple of weeks ago, they were back on as a couple. Johnny’s the type to fall hard and he’s vowed not to let a girl like Amber, who’s beautiful and intelligent, slip through his fingers,” a source told the Sun magazine.

Was this an Elizabeth Bennet/Pemberley moment? I remember being so pissed at my high school English teacher for introducing the idea that Elizabeth Bennet had a change of heart over Mr. Dancy after she saw how amazing Pemberley was. What! Elizabeth Bennet would never! But it kind of feels like that with Amber Heard. Oh sure I’ll come hang on your private islands and try not to smell your breath or look at your teeth and fall in love with you! I’m just saying… love poems – shlove poems – it was the island that did it.

So are we OK with this? I think so. Vanessa Paradis seems likes she’s moved on and relatively happy and Johnny and Amber waited long enough that the “cheating scandal”, or whatever it was, seems to have been forgotten in the summer rush of Katie Holmes and Tom Cruise and Kristen Stewart and Robert Pattinson. All we gossip lovers needed was a little bit of perspective. Was Amber a homewrecker? I can’t even remember anymore, but next to Kristen Stewart’s foul-ups, she was a saint. So go on Amber and Johnny. Rekindle your love away!

Is Johnny Depp back with Amber Heard for good or do you think he’s just bored? Can this really be the woman he’s meant to be with or is he still in his mid-life crisis thing? 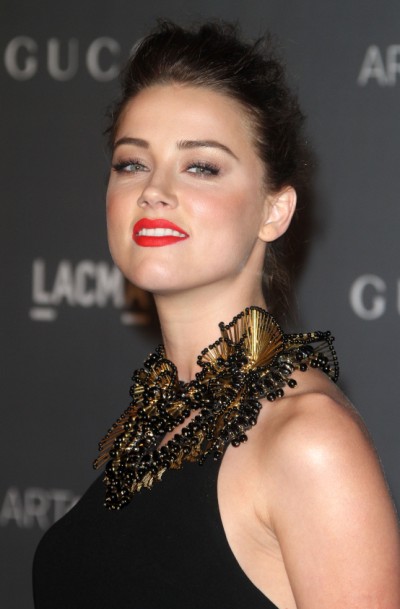