Josh Hutcherson and Jennifer Lawrence And Their Hunger Games Connection 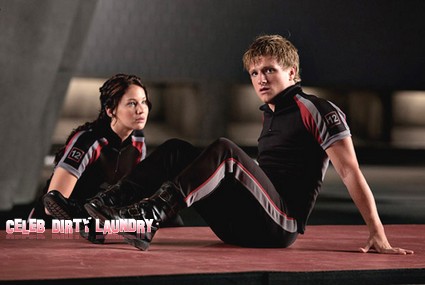 If you’ve read the Hunger Games book series, you know that the connection between Katniss and Peeta would require the actors playing them to have a special bond – this is not something that can just be faked.

Thankfully, Jennifer Lawrence and Josh Hutcherson’s chemistry both on camera and off is strong and in tact.  The two sat down for MTV recently to answer questions and the topic came up of how they first met and their audition process.  Their camaraderie banter back off forth speaks volumes of the friendship that they share.  They debated back and forth as to how they first met, neither quite agreeing on it.  The two were then asked about their ‘chemistry read’, the point during the audition process where they had to read together in front of all the studio execs.

Jennifer was already cast as Katniss, and it was Peeta who they were on the hunt for (no pun intended).  According to Jennifer:

“We had tons of chemistry, he was Peeta,” she added of her first impressions of Hutcherson as “the boy with the bread.” “I had heard the director, I had heard Gary [Ross] say, ‘He is the only one who is actually Peeta,’ and then [Josh] came in, and he was. He’s charming and nice and sweet, like a dog licking your face.”

Josh said, “It’s hard to get things done when we’re together. I’m amazed this interview we’ve gotten as many questions in as we have. We just start going and end up talking about the most random things.”

Cute!  I love that they are good friends – now if only we can get them to date one another like another certain celebrity couple we know and love… ahem…Robert Pattinson and Kristen Stewart.  Come on – it’s for a good cause!