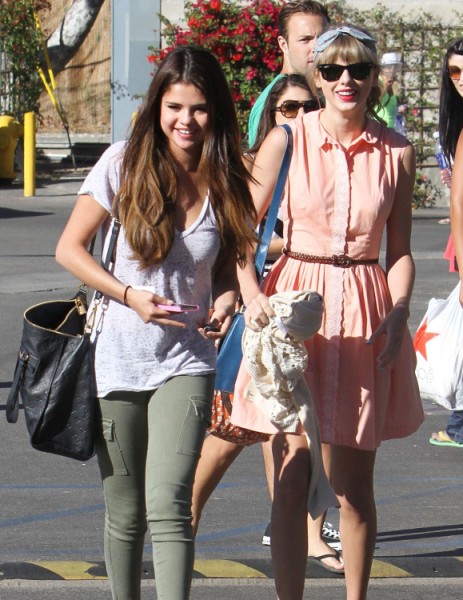 Is Selena Gomez thinking about jumping on the British invasion bandwagon now that she’s done buying America? Justin Bieber’s gone and a thing of the past as of this weekend when Selena finally broke up with him for the final time because of his relationship with her ex-boyfriend Nick Jonas. I thought I read that story wrong at first. I thought Selena was upset because Bieber was upset that she still has a relationship with her ex but that’s not it at all! Apparently, she’s upset at Bieber for his bromance with Nick. That’s a lot of upsetness. Disney’s Hollywood children are one step away from an old royal family with all the incestuous behavior.

So who will Selena turn too? She can’t stay single. That’s the kiss of death in young Hollywood and Taylor Swift absolutely CANNOT and WILL NOT allow her bestie to stay heartbroken when there so many guys to date. So Taylor’s hooking Selena up with Harry Styles’ band mate, Niall Horan. Selena Gomez and Taylor are even thinking of doing the whole double date thing! Wouldn’t that just blow your mind!

If that happened the British invasion would be close to complete. One Direction’s managers have got to be counting all the American dollars in their heads over the possibilities. Two British blokes dating America’s teeny bopper sweethearts? It’s almost like it was written in the stars (or written in an email between Selena and Niall’s managers). Am I being too bah humbug? Why can’t I just believe that all these relationships are real and fortuitous? Because I just CAN’T! It benefits too many people and too many pocket books and Selena and Taylor have a reputation for using relationships to further their careers. I’m not hatin’. You got to do what you got to do. But I’m not believin’ either.

Is Justin Bieber gone for good?