Justin Bieber Proposed To Selena Gomez – She Said No Because Relationship Was A Fake! 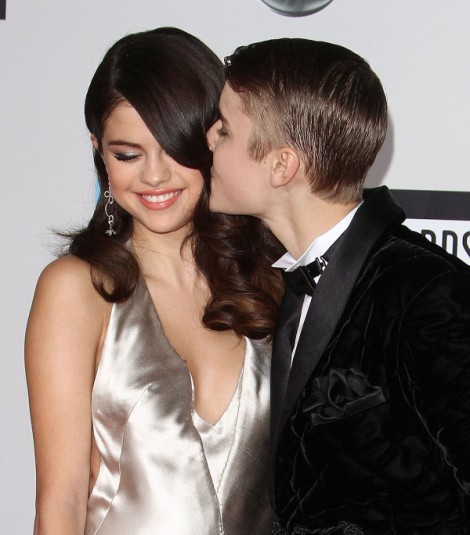 This story is just getting more pathetic. It turns out in a last minute effort to win his lady love back, Justin Bieber proposed to Selena Gomez, but as you can probably already tell, she did not accept. I’m sure it had a lot to do with the fact that she wasn’t ready. But I also like to think she remembered that he’s still a teenager and their relationship was just a business arrangement. What?!

Interesting enough, this all started from a Blind Item post. A couple weeks ago (around the time Selena broke it off) it came out that a young star proposed to his girlfriend but she said no. She didn’t want to break up. She just didn’t want to get married. Fair enough. Well, it turns out the dude’s ego didn’t like that so the girl told him to hit the road. The Blind Item is now confirming it was Selena and Justin.

Apparently after the break up deed was done, their people got together to hash out a more suitable reason for the split to the press, hence the scheduling conflict and trust issues. Justin’s basically trying to save face with the Victoria Secret models because he got dumped. All that’s fun and all but the real scandalous tidbit that I got from all of this is that the relationship was a PR move at the very beginning.

BlindGossip.com writes: “It started out as a PR arrangement. Which is fine… except for the fact that Justin wanted to make it permanent. Selena, on the other hand, is a little older and wiser. She saw the relationship as a job from the beginning…. BTW, the two were genuine friends before they became a couple. Selena would like to go back to being friends, but Justin is pretty upset about the whole fiasco right now, and vacillates between wanting her back as a girlfriend… and wanting to punish her by being linked to other girls”

I had no idea. I thought these two love birds were legit. I guess something grew out of the arrangement but Selena never got lost in it like Justin did. It’s like break up Inception! So sad! Maybe Selena’s smarter than I thought?