Will Breaking Up With Justin Bieber Ruin Selena Gomez’s Career? 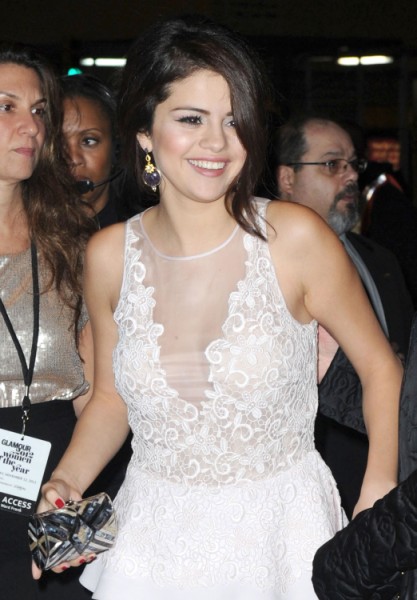 So it’s the age old question. After a famous couple breaks up, who’s going to win? Maybe I’m just a competitive person but break ups are never equal and neither are the consequences. Someone’s career soars. Someone gets the sympathy vote. Someone cashes in. Look at Nicole Kidman. Tom Cruise swept the rug from under her and she got an Oscar. Britney cheated on Justin (allegedly) and he went on to become much more than the lead singer in a boy band. Is it always the person who gets dumped or cheated on that reaps the benefits of a celebrity couple gone bad? Does that bode well for Selena Gomez?

Because, as of right now, the story is that Selena Gomez dumped Justin Bieber. There were apparently trust issues and scheduling concerns. But as far as we know, he never cheated but maybe sneaked a peek from time to time. America approves of that anyway so no big deal. So Selena was the aggressor. Selena was the instigator. Selena has the most to lose in this whole crisis.

Everything is riding on Spring Breakers. That’s the movie Selena’s been busy promoting with Vanessa Hudgens and James Franco. It’s her big chance for her baby cheeks to be seen as an adult and not just some Disney star. I’ve heard mixed reviews. If that movie can do relatively well and solidify Selena as an actress then she might have a chance of keeping her popularity up post-Justin. Because what is she exactly? Justin Bieber’s a performer. There’s no debate at that and he has a huge fan base. Whether it will stay with him as he gets older is up for discussion but, for now, there’s no worries. Selene’s an actress/singer/celebrity? Does she do any of those better than the others? I’ve never seen Wizards of Waverly Place so I’m truly asking you to school me on this one. She might be the next Natalie Portman and I just haven’t picked up on it though I highly doubt it. The point being that dating Justin upped her exposure and popularity immensely. Maybe the relationship helped both but she got the most out of it. And now she’s ready to move on. Good for her. You shouldn’t stay with a dude just for your career (although many Hollywood couples do) but it’s how Selena’s moving on that’s a bit worrying.

Justin’s beating her at the sympathy game! I don’t even like the kid and I feel sorry for him, moping around, singing Cry Me a River. It’s brilliant PR. Serena, on the other hand, seems cold, over it and determined to cut him loose. I’m not saying she’s wrong, I’m saying she should do it with a sad sack pout on her face to show the world that this was the HARDEST decision of her life. You just broke up with a guy most girls your age would give their left leg to go out with. Show just a little remorse. Instead, Page Six sighted her at Monkey Bar looking “like Justin Bieber couldn’t be further from her mind” as she hung out with family and… Ethan Hawk. Seriously? So random!

Look, Selena doesn’t need to go around crying on Taylor Swift’s shoulder but she has to be careful. Britney came off as callous, slutty and uppity when she cheated on her Justin and the career never bounced back. Yes, she was crazy, but she lost fans regardless. Image is everything in this business. Selena might be able to come out on top if she can play the “It was the hardest thing I had to do but we just couldn’t be together as much as we tried” rather than the “He was surrounded by beautiful girls all the time and I know I can do better” card. It might just get her through this transition period and open some doors. It worked for Jessica Simpson.

Who do you think will come out on top of this break up? Will Selena Gomez’s career take a hit or heat up?