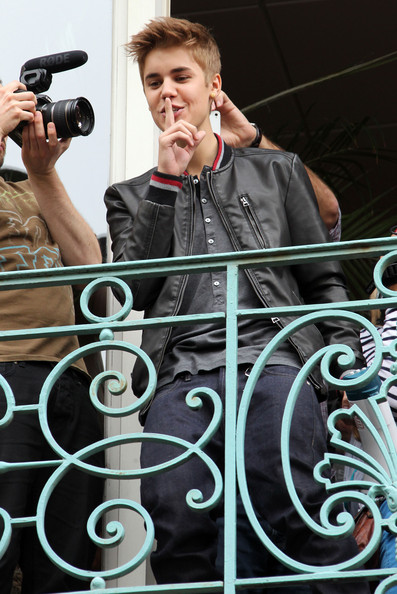 Justin Bieber was in Paris and made an appearance on the top of a balcony when his rabid fans; which was made up of a swarm of teenage girls, screamed to the point that Bieber couldn’t even perform. In the video you see Bieber talking through a megaphone and you don’t hear anything at all, the screams are so loud that they destroy all and any sound in their path. I could face the sounds of a vuvuzela fearlessly, but the screams these girls have harmonize into the destruction of all eardrums. First 49 people get hurt by Justin’s fans in Norway and now the Parisiene fans are going to make the country go deaf. You can watch the video HERE.

These girls are like a swarm of zombies except much worse, zombies actually kill you, so your suffering will only maintain for a limited time. But when you’re near a bunch of Bieber fans and they know he’s close, you’re done. Beiber’s fans have no mercy, they’ll run you down and step all over you like some sort of insignificant bug. God forbid you’re dating a Bieberzombie, they’ll just leave you as if your mere existence was never real. Now not everyone was happy about the rabid girls, one Parisian living nearby had a flag out his window that read: “Bieber Go Home”- (now this is someone I can relate to).

So what has Bieber brought to our world? Music that is obviously below average and lyrically dull, another celebrity who’s fun to make fun of and then a new type of zombie the world has not seen before that is quite similar to the witch in Left 4 Dead. Either way, we come to the conclusion that b*tches be cray.