Justin Bieber Tricks One Direction And Says He Wants To Record 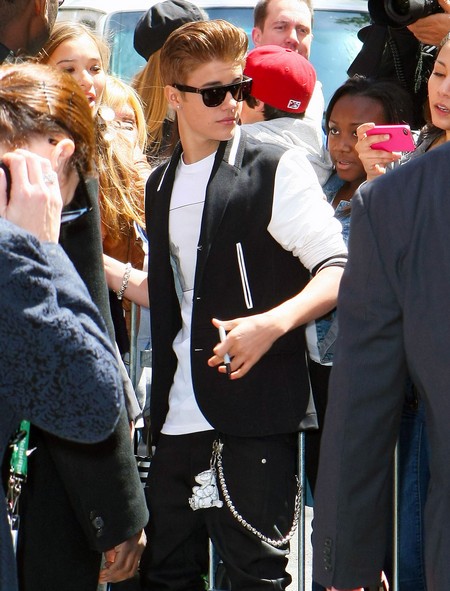 Justin Bieber and One Direction disappointed their fans earlier this month when they both confirmed that there were no plans on them collaborating.  But now the Biebs seems to be backing down – what’s happening!  Is this a kiddie power play for Justin based on Niall Horan’s move on Selena Gomez?  Is Justin playing the Machiavellian game of keeping his friends close but his enemies closer?

It would appear that Justin might have had a change of heart; he said “They are great guys, and I am always looking to work with people who have talent and I like, I think there could potentially be a great chemistry between us. We were both in the same recording studio a couple of weeks back, not doing stuff together, it was just coincidence. But maybe next time we can record together.”

Justin is a big fan of British boy bands and he has also have become friends with The Wanted when they supported him during his South American tour last year. But,  Bieber has grown closer to the guys who are part of One Direction, “I’ve got nothing bad to say against The Wanted,’ Justin tells the Daily Star, ‘but the One Direction guys are my buddies and make great music so I would always have to back their corner.”

I have my personal opinion about this whole thing. Please, for the love of humanity Justin, don’t ever collaborate together. Justin Bieber and One Direction collaborating would give the world the first official song that could be considered literal sh*t, hell I’d rather see Creed and Nickel Back collaborate instead and become Creedle Back. Creedle Back sadly sounds more entertaining and that’s not saying much.