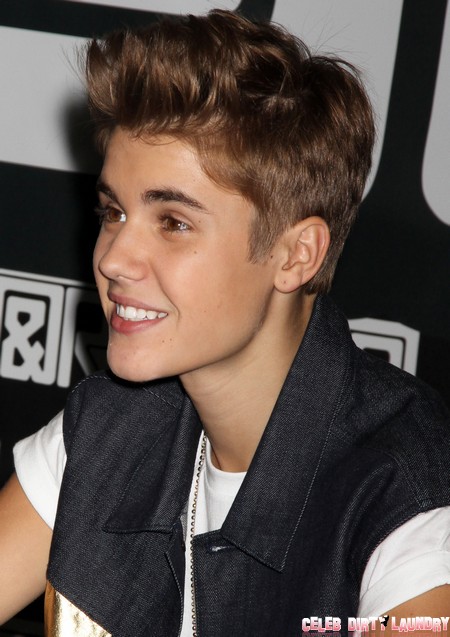 For the first time ever when Justin Bieber was asked about his relationship with Selena Gomez he actually gave out information. He usually refers the question to his mother or Scooter Braun… and waits for Scooter to give him an answer.  Or for some reason the question is evaded completely.

Yesterday, Justin appeared on The View and the topic of his love life came up when Barbara Walters asked him if he has ever truly been in love and this is what Justin said: “I think that being young… I’m still learning about what love is.” Once again vague crap that just has a bunch of sappiness on top, he’s moved on from ignoring the question to giving an answer which tells us absolutely nothing. A very big development from the 18 year old, is he committed to the relationship with Selena or not?

During a recent album signing in Manhattan, a fan asked Justin, “Will you marry Selena?” He answered with, “We’ll see.” That’s it? Something so vague, which gives us no information whatsoever from him again? That sounded more like a “f**k off I don’t care what you ask me” answer.

Justin sounds as if he is confused with his relationship with Selena, they’ve been dating for a long time now and the guy still can’t make up his mind whether he’s in love with her or not? I don’t know how she can deal with such an idiot, she really is amazing and extremely hot, hot, hot, hot, hot. If Justin Bieber won’t commit to Selena Gomez, I’m sure a lot of other guys will, because I know I would!