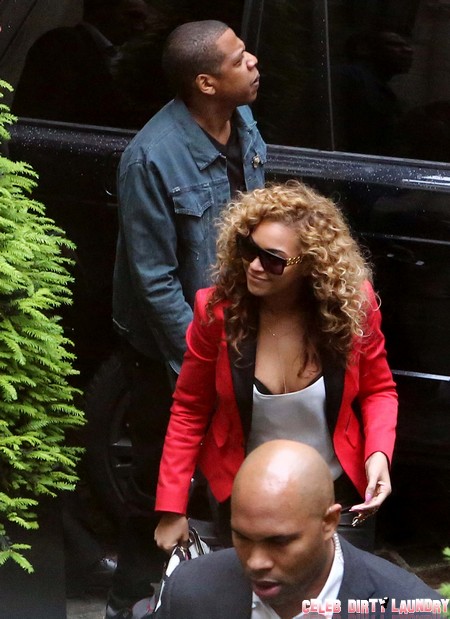 Before the Watch the Throne tour’s final show on Friday night, Kanye West got both Beyonce and Kim Kardashian together so that they could finally settle their differences. Beyonce has openly disliked Kim because of how she became famous; which was doing nothing but starring in a sex tape. After the sex tape released by a “so called’ unknown person, Kim was on the road to become the woman she is today – a popular and talentless famewhore – pretty pathetic I know!

Our source reveals, “The girls have never really seen eye-to-eye, it’s a shame because Jay-Z and Kanye are so close.” It’s true that these two rappers are close friends but lately Beyonce has been making it difficult for the two to meet up since she has always hated Kim with a passion, so the relationship between the two rappers has been getting worse and worse.

Here’s how it all went down, “Kanye organized a dinner in his hotel suite for the girls to clear the air. He’s hoping that now they’re pal, it will lead to further get-together away from the tour. Beyonce has now welcomed Kim to their clan” So apparently Beyonce is fine with her all of a sudden, but I’m not going to buy it, are you?

The hate Beyonce had for Kim was pretty strong and I highly doubt a dinner with one another could easily just change that, no matter how good the spaghetti and meatballs might be. I think this is once again just a facade; Beyonce probably still dislikes Kim but is only going along with the buddy act to make her husband feel good. Which is nice of course to do for her husband, but I still don’t think she’ll ever accept Kim, can you blame her?

But you can see that Kim and her mother, Kris Jenner, while still repulsive, are far from stupid.  When Kim was with a relative nobody like Kris Humphries she could be safely snubbed by big celebs – especially members of that formerly elusive A-list crowd (including Beyonce) who think they are too good for sex-tape selling, reality TV trash  famewhores, like Kim.  But now that the Kardashian/Jenner cabal has snagged Kanye, Kim can not longer be ignored by people who can’t ignore Kanye.